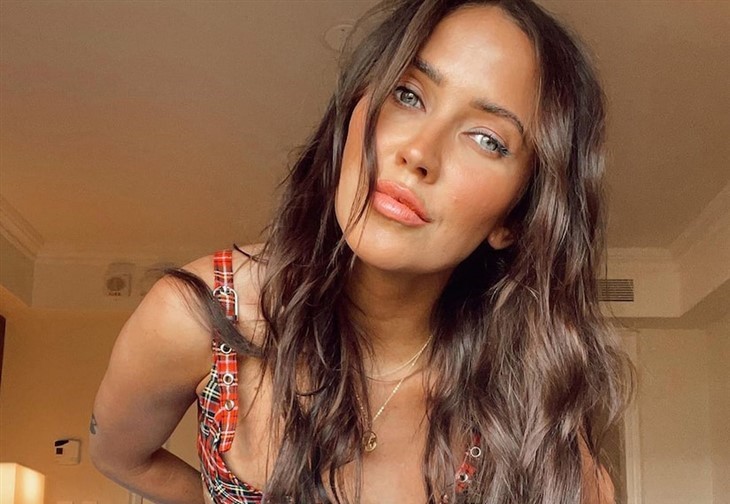 Kaitlyn Bristowe joined the Dancing With The Stars (DWTS) Tour as a special guest this year. The Former Mirror Ball champion found popularity on The Bachelorette. Additionally, she launched her singing career with If I’m Being Honest, so she has a lot of fans. This weekend, she discussed bus life with them.

Dancing With The Stars Tour – Kaitlyn Bristowe A Special Guest

When Kaitlyn was offered to star as a special guest on the tour, fans knew that she would live in a bus apart from Jason Tartick. Plus, she couldn’t take her beloved dogs along with her. So, ABC fans wondered about life aboard the bus. Well, Sharna Burgess hinted that the hectic schedule and life on a bus didn’t appeal to her. So, she sat it out this year.

Dancing With The Stars fans also heard that Artem Chigvintsev went on the tour, but had to step away due to a  health concern. Well, the tour takes in a new city almost every day and is well known for putting on a dazzling show. So, the pressure is high for the performers to deliver their best. Travel by bus can be exhausting as well, so how is Kaitlyn Bristowe coping?

Dancing With The Stars – Bus Life

Kaitlyn Bristowe is fortunate that she has her own bedroom at the back of the bus because she’s a celebrity guest. So, she didn’t disturb anyone who was sleeping when she did a Q&A on Instagram. Actually, that’s one of the things she talked about.

She was allocated the room and really didn’t have much choice. Notably, she said that it’s not exactly luxurious. Plus, she misses her dogs, Jason, her usual “routine,” and she would rather be planning “a wedding.”

Dancing With The Stars fans heard that she loves the crew and the actual job. Actually,  she told fans that she enjoyed dancing with everyone. Because she sipped at a tiny alcohol drink, fans wondered if everyone drinks on the bus. However,  she said they don’t and she might only indulge in four to six a week.

Dancing With The Stars – Off-Topic Question

Dancing With The Stars fans also found out from Kaitlyn Bristowe that the dancers don’t lack for snacks. They sometimes get catering at their venues. Often, they get a meal to eat on the bus. Plus, she said there are snacks everywhere. So, nobody starves.

One fan sent in an off-topic question. It asked, “why the hell aren’t you supporting the freedom movement in our country?” Wisely, Kaitlyn avoided controversy by politely saying that she heard about it in the chat. So, she will research it before she answers.

Be sure to catch up on everything happening on DWTS right now. Come back here often for more Dancing With The Stars spoilers, news, and updates.