The Young And The Restless (Y&R) Spoilers: Bryton James Plays A Dad On TV And That’s Enough For Now 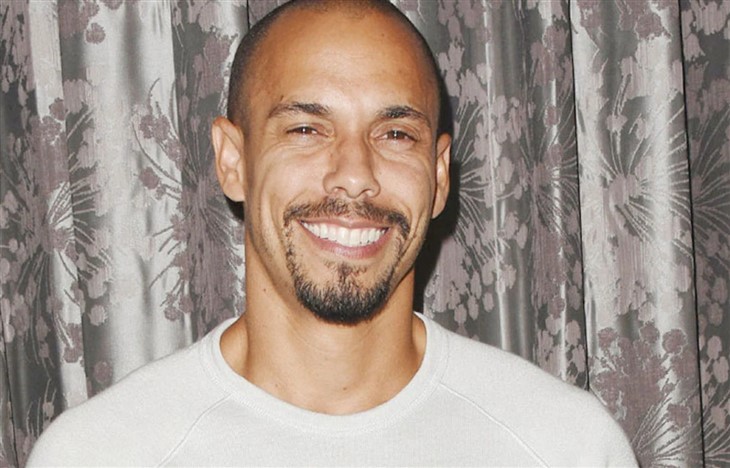 The Young and the Restless (Y&R) spoilers reveal that two little actors are stealing scenes on the CBS sudser and the cast couldn’t be happier. River and Rainn Ware are playing the part of Dominic Five Last Names, the son of Abby Chancellor (Melissa Ordway), Chance Chancellor (Conner Floyd) and Devon Hamilton (Bryton James). Mariah Copeland (Camryn Grimes) was the surrogate mother.

James enthuses of his young costars, “They’re not only cute but they’re already fantastic actors.” He knows of what he speaks as he himself was a child actor. He told Soap Opera Digest that working with the tykes is effortless and they are definitely a joy to be around.

So, does all of the cooing and diaper changing have James thinking of fatherhood? Not in the least!

“I’m not interested in having kids,” he said in a recent interview. And it’s not because he didn’t have a fantastic childhood. He notes that his parents were wonderful and loving and had, “110% dedication.” But at his age, 35, he knows he’s not ready to be all in on raising a child. “There’s so much I want to give and put back to the world,” he says.

Which is not what his alter ego Devon is thinking right about now.

The Young And The Restless Spoilers – What Happens Next On The CBS Sudser?

Devon is having a hard time letting go of the child he donated his sperm to create. At the moment things are smooth sailing with Devon, Abby and Chance, but that was not always the case and it promises to get rocky down the road. For now the three have agreed to an amended custody agreement, one in which Devon gets Dominic for one day and night a week.

In the beginning Devon and Mariah agreed to be Abby’s motherhood enablers. She needed to have a baby so badly, despite Chance disappearing on her right after their honeymoon, that she pouted until her friends obliged her. Now that Chance is back, he admits to not bonding with Dom and is trying to deal with PTSD. Dom has been handed off like a football, will he ever have a permanent home? Tell us who you think should raise Dominic Y&R fans!