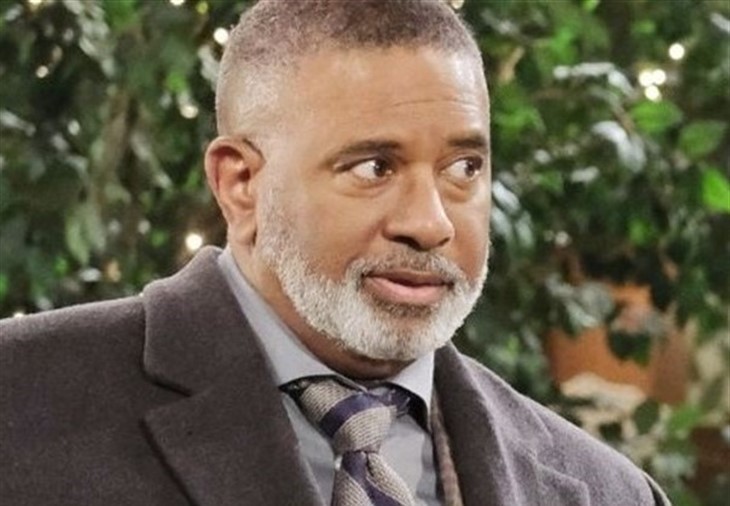 Days of our Lives (DOOL) spoilers tease that All My Children alum William Christian is starring as TR Coates on the NBC sudser. TR is a baaaad man, and as such the role is the exact opposite of AMC’s amiable Derek Frye. He recently talked to Soap Opera Digest about TR and along the way spilled some dish about what it’s like to work with legendary Jackée Harry (Paulina Price).

Days Of Our Lives spoilers – William Christian Is TR Coates

Harry is an acting legend and for Christian he was meeting somebody he didn’t know yet was familiar with her due to her body of work. “Me, I’m meeting somebody I used to watch on 227[…]She’s a big character; she plays big characters and I don’t, so…But I’ve also had a life in daytime television, so I know my way around the block a little bit. So there was a mix of that but you know she does her work and she’s on it and I do my work and we’re on it.”

Their first scenes together came last week and both actors were dynamite and showed fantastic chemistry together. The real question is, when does TR find out that he and Paulina have a daughter named Lani Price (Sal Stowers)?

Harry is recovering from a knee operation and on top of that COVID rules and regulations meant that the two actors were not able to spend significant time together getting to know each other. But they had the chance to run lines together and Christian noted of his costar, “She’s great. They love her there; they love her there. I could see why, too, you know? Because I’ve been watching the show since I’ve been cast and I could see, oh, yeah, she works really well with Sal [Stowers] and everybody on the show and yeah, so it’s been fun. It’s been a lot of fun.”

Days Of Our Lives Spoilers – What Happens Next In Salem?

Christian also gave some background on how he came to be cast as the dastardly TR. According to him, “When [co-executive producer] Albert [Alarr] pitched it, I said, ‘This is an awesome character.’ For daytime, it’s an awesome character; I mean, it’s the male equivalent of Susan Lucci, I mean, of Erica Kane or something like that.”

So far he is not off on his description as TR has shown himself to be a menace wrapped up in good manners and designer duds!

He added, “Well, maybe not as rich as that, but it’s a rich, juicy, male daytime character and I get to play a less-than-savory person, which only in my early days in plays and on Days of Our Lives have I gotten to play; maybe once in a primetime show but not usual.”