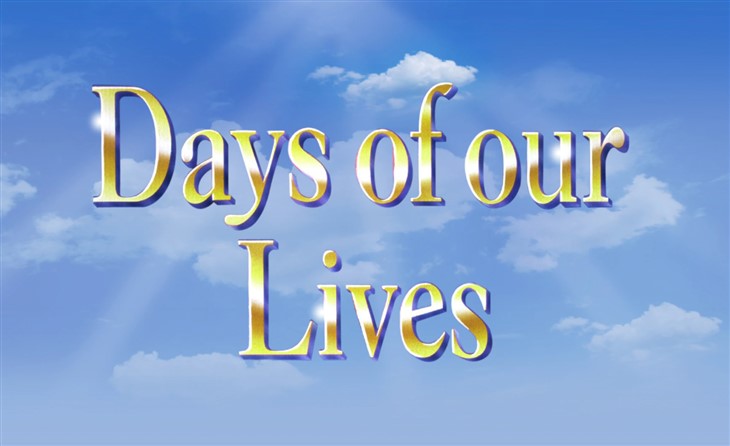 Days of Our Lives spoilers tease that during the week of January 31-February 4, which is actually less than one week, several cliffhanger situations promise to play out on Days of Our Lives, which will be preemped for the Winter Olympics until near the end of February.

Days of Our Lives spoilers tease that Chad and Kate DiMera (Billy Flynn, Lauren Koslow) will team up in an effort to solve a mystery; they will try to figure out what happened to his missing wife Abigail DiMera (Marci Miller)! Days of Our Lives viewers will recall that as Abigail was hot on the trail of discovering what really happened to the missing Sarah Horton (Linsey Godfrey) she tore the Sarah mask off of Ava Vitali (Tamara Braun)!

Then she was hit in the head and knocked out by Gwen Rizchech (Emily O’Brien)! Abigail woke up in the presence of Kristen DiMera (Stacy Haiduk) who also has the real Sarah on the island, in addition to Steve and Kayla Johnson (Stephen Nichols, Mary Beth Evans)! Soon, Abigail will discover that she’s not alone and run into Sarah as well as the Johnsons, and if Patch can’t effect a rescue, no one else can!

Days Of Our Lives Spoilers: Allie Must Make A Difficult Choice Between Nicole And Ava

Days of Our Lives viewers know that Gwen has tried hard to hang onto Xander Cook (Paul Telfer), but just as she has a chance to get him forever, she turns down his proposal! Days of Our Lives viewers can expect that guilt is driving her decision even as he has an engagement ring he wants to put on her finger; Xander will reassure her he’s in it for the long haul and not going anywhere!

Gwen will finally agree to become his wife, but still will be insecure, knowing if the whole truth about Sarah comes out it could ruin everything for her! The big question will be if Sarah may return before Gwen and Xander can marry, or if she’ll return just in time to stop the wedding, voicing her objections strenuously! Sarah may have a secret that she needs to share that will change the outcome of Xander’s plans to marry Gwen!

Days of Our Lives viewers know that Craig Wesley (Kevin Spirtas) will be in big trouble with his wife Nancy Wesley (Patrika Darbo) when he tries to come clean about his gay affair. Days of Our Lives viewers will see that he’ll quickly become dirty as Nancy throws an entire bowl of clam chowder on him in the middle of Brady’s Pub! Chloe Lane (Nadia Bjorlin) urged her father to tell her mother the truth, that after many years of hiding who he really was even to himself, he’s finally come out of the closet.

Nancy’s whole world will be blown apart because the two of them have been married for over thirty years; no one can blame Nancy for feeling betrayed – it’s like her whole married life has been a lie! Nancy will kick Craig out of their hotel room after he admits he’s in love with his gay boyfriend and cry herself to sleep.

Days of Our Lives viewers will also see Ben Weston (Robert Scott Wilson) blindfold Ciara Weston (Victoria Konefal) as he prepares to give her a big surprise-perhaps he’ll be showing her a house to see her reaction. Days of Our Lives viewers will recall that because of their impending blessed event, they’ll need a bigger home so there’ll be room for a child to grow up and play.

Ben will make it a grand gesture that will be sure to touch Ciara’s heart, and they’ll enjoy the calm before the storm that Johnny DiDevil (Carson Boatman) is bound to be cooking up! Just because the devil left Marlena Evans (Deidre Hall) it doesn’t mean he left town, as Days of Our Lives viewers know, and it’s only a matter of time before he makes his devilish move!

Days of Our Lives viewers can expect that Julie Williams (Susan Seaforth Hayes) will be freaked out after Johnny pays her a visit – perhaps she’ll recognize the devil is in there like his grandmother Susan Banks (Stacy Haiduk) did. Days of Our Lives viewers can also expect him to continue causing trouble between Jake DiMera (Brandon Barash) and Gabi Hernandez (Camila Banus) as he makes Jake look bad to Gabi, and continues to try to bed her!

Meanwhile, Johnny’s sister Allie Horton (Lindsay Arnold) will be pleasantly surprised by Tripp Johnson’s (Lucas Adams) marriage proposal – but will she be able to overcome her guilt about sleeping with Chanel Dupree (Raven Bowens)? Whether she can fully move past that night with “Dupree” will determine if she’ll say yes to Tripp!

That might put Allie in an awkward position as she considers whether to accept Tripp’s proposal – and decide whether she should tell him about Nicole’s suspicions; it could make Nicole look bad to him but Allie may feel he deserves a heads up! Rafe’s entire law enforcement career is on the line and Allie loves her former stepfather so that really is putting her in a spot she doesn’t want to be in!

Days Of Our Lives Spoilers – TR Coates Makes Himself Known

Days of Our Lives viewers can expect that Allie and Chanel will soon meet TR Coates (William Christian) who’ll make himself known around Salem, likely stopping by Sweet Bits to have a snack. Days of Our Lives viewers can expect Chanel to innocently correct TR when she tells him Paulina Price (Jackée Harry) has two daughters and Lani Grant (Sal Stowers) is her older sister!

Of course, Chanel has no idea that he’s “Ray” Paulina’s abusive ex and the reason for the family secret that was only recently exposed! Coates will make himself known as Lani’s birth father when he drops by her place, but Lani will give him the old heave ho, as will Paulina when she shows up unexpectedly!