The Young And The Restless Spoilers: Chance’s Mind Is Frazzled – Sharon And Rey Assess Situation 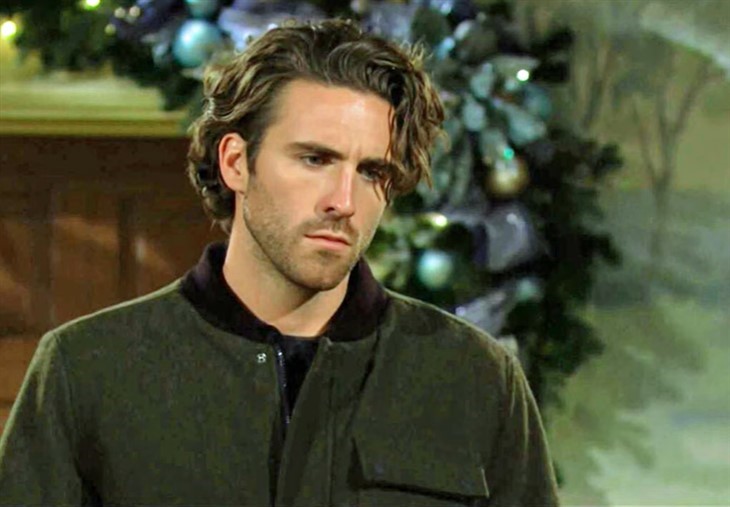 The Young and the Restless spoilers document that Chance Chancellor (Conner Floyd) wants to believe his home life is settling down. The choice he and his wife made, to avoid court by agreeing to Devon Hamilton’s (Bryton James) custody-share demand, helps to relieve some pressure.

It took him a while, but Chance came clean to Abby Newman Abbott Chancellor (Melissa Ordway). Devon’s request opened an emotional pathway for Chance.

Chance’s open tell to Abby about his ongoing mental struggles is impacting his ability to focus on their son’s best interests was heartfelt. Next, Abby talks with Sharon Rosales (Sharon Case) about therapy options.

The Young And The Restless Spoilers – Therapy Is Overdue In Wisconsin

The plot has had many instances of stretch storyline points since last February. Long story short, Chance has needed professional therapy since the day he returned from Spain with Abby.

Let us not blame Abby for not getting Chance the help he needs. Nina Webster (Tricia Cast) was oddly written out of town when Chance returned, meaning that his mom could not see how her son was struggling.

Devon was focused on Dominic Newman Abbott Winters Chancellor (Rainn and River Ware). But TPTB arguably lost an opportunity to have James’ character press Abby to ensure Chance got the help he needed. That would have made common sense.

Y&R Spoilers – Is Sharon Rosales Qualified For This Case?

It will be interesting to see if the writers have Sharon become Chance’s therapist. She would seem to be the easy choice, though not the best.

In the closed soap world, available characters are placed into storylines. Ideally, Sharon would refer chance to a specialist who deals with these situations.

Of course, Chance’s main supervisor at the Agency should have handled this task. Beyond that off-screen character, Christine Williams (Lauralee Bell) would or should have stepped up. That would have made as much sense as having Devon push Abby toward a solution.

It can be dangerous to be on the force, even when in the zone. So, Rey Rosales (Jordi Vilasuso) will be rightly concerned when his partner renews talk of returning to the Genoa City Police Department.

Of course, Paul Williams (Doug Davidson) would have to approve that. The Chief of Police has not been seen in far too long. So, this would allow Davidson to be written back into the show where he is a legacy cast member.

The past can not be undone. But having Paul mentor Chance would be smart for many reasons. And devoted Y&R fans would likely applaud loudly.