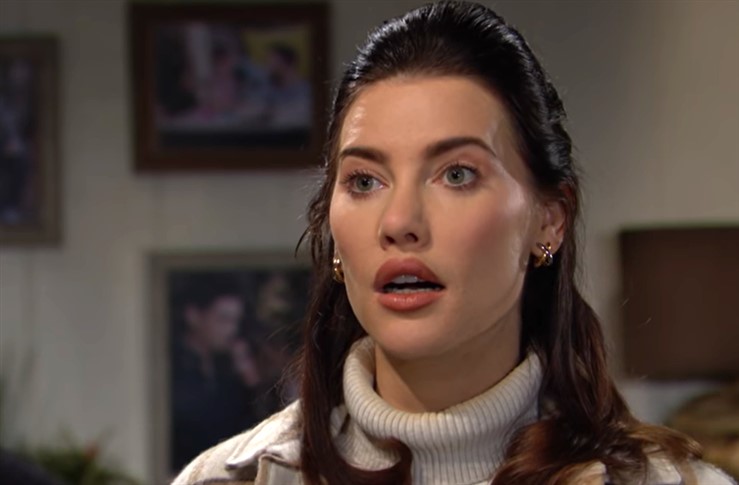 The Bold and the Beautiful spoilers document Steffy Forrester Finnegan’s (Jacqueline MacInnes Wood) reaction to what her nephew revealed was classic. She was shocked but also satisfied.

Steffy has been saying for weeks that something has been going on with Brooke Logan Forrester (Katherine Kelly Lang). But Wood’s character did not know what it was.

Pressing her dad did not yield worthwhile information or event hints. So, the next part of this storyline now becomes crucial.

Brooke and Ridge were not together when Lang and Kanan’s characters created a family scandal. Ridge was married to Taylor Hayes (as then played by Hunter Tylo). Deacon was married to Brooke and Eric Forrester’s (John McCook) daughter, Bridget Forrester (Ashley Jones), but fell in love with Brooke.

So, Ridge’s emotions about Deacon are based on Brooke’s backstory. Ridge called the period she was with Deacon the darkest time in her life. Brooke agreed but also asserts Hope’s birth was a positive outcome of that period in her life.

Steffy sees that the spark with her father and mother has not been extinguished. She has a legitimate reason to believe that Ridge would reunite with Taylor (as now played by Krista Allen) if Brooke were not a factor.

Of course, Taylor likely would not like the smoking gun cliche based on her having shot Bill Spencer (Don Diamont) in the back in the recent past. But that is a different soapy topic.

The Bold And The Beautiful Spoilers – Brooke Logan Forrester Is Trapped

Viewers will need to suspend disbelief to think that Charlie would knowingly provide Steffy with what would be personal footage that Brooke would conceivably own. Yes, Ridge lives at her house. But being that he is also Charlie’s boss, some scenario will need to be presented that makes this part of the plot digestible.

If Steffy sees and obtains a copy of Brooke kissing Deacon, it will be game over. Ridge will know that his multiple-time wife betrayed him, with the Sheila Carter (Kimberlin Brown) factor not being the reason why Brooke chose to lie to her supposed soul mate about her one-time scandalous flame.