Days Of Our Lives Comings And Goings: Alison Sweeney On Set For Sami Brady’s Return 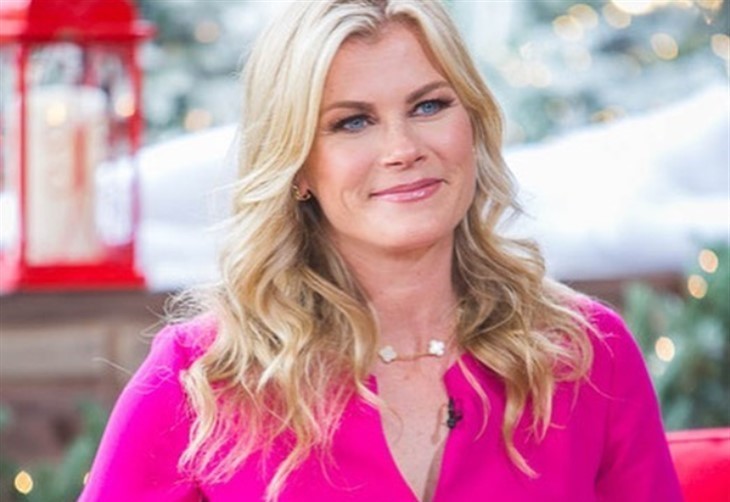 Days of Our Lives comings and goings reveal that Sami Brady DiMera will be back in Salem this year as Alison Sweeney is back at the NBC studios taping scenes.

Days Of Our Lives Spoilers – More Trouble From Sami Brady

Sweeney gave away the secret on her Instagram stories on Monday when she posted photos of herself and Arianne Zucker (Nicole Walker) in the show’s hair and makeup room. Sweeney stood playfully behind Zucker looking like she was styling her hair, but if the pair was on-screen as their characters, it could have turned into a catfight.

As longtime DOOL fans know, Sami and Nicole have been bitter rivals for decades. Sami never felt that Nicole was good enough for her twin brother, Eric Brady (Greg Vaughan), while Nicole has stolen a few of Sami’s men over the years, including EJ DiMera (Daniel Feuerriegel) and Rafe Hernandez (Galen Gering). Nicole also stole Sami’s baby, Sydney, and tried to pass her off as her own while letting Sami believe her baby had died.

Sami was also the one who blew up Nicole’s marriage to Eric when she revealed at their anniversary party that Nicole had slept with Xander Kiriakis (Paul Telfer) of all people during a drunken one-night stand while Eric was in Africa. So, Nicole figured turnabout’s fair play and revealed to EJ that Sami had slept with Lucas Horton (Bryan Dattilo) while he was still in Europe.

DOOL Spoilers – What Will Bring Sami Brady Back?

When we last saw Sami, she was furious that Nicole and EJ had slept together, and also furious to learn EJ had her kidnapped, although EJ didn’t really have her kidnapped. That was Lucas who paid a goon to hold her captive in a remote cabin for months so he could swoop in and save her. His plan worked as Sami is forever grateful and convinced Lucas to leave town with her so they could focus on their relationship.

Days of Our Lives Spoilers: Here’s What You Need To Know About Stacy Haiduk (Kristen DiMera) #Days #DOOL #DaysOfOurLiveshttps://t.co/p1TNPSIgOP

Something tells us when Sami learns the truth, she will be hightailing it back to Salem not wanting to ever speak to Lucas again. But never say never on a soap. What will she say if she sees her sister, Belle (Martha Madison), has fallen for her husband? Stay tuned to Days of Our Lives weekdays to see Sami’s comeback.