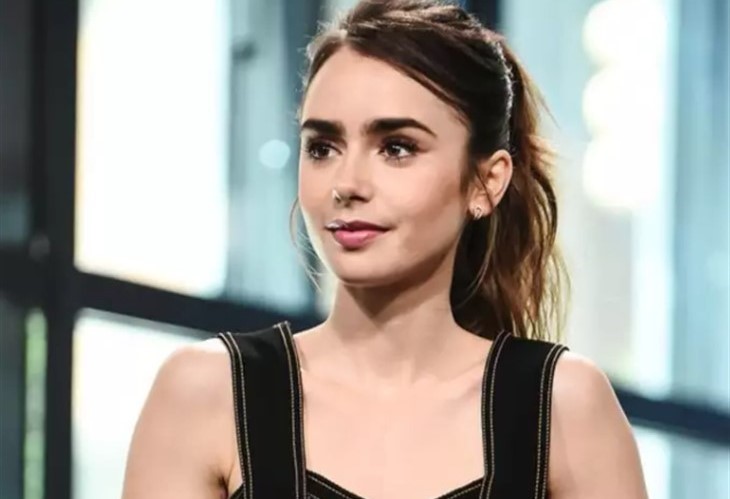 Lily Collins praised her father for always being there for her and for wrapping her around his “tight hugs”. She also wants him to know that no matter how old she got or where life takes her, she’d never outgrow his help.

Lily Collins showered her father with love and praise as he celebrated his 71st birthday. The 32-year-old star recalled favorite moments watching her rockstar father, who is also the frontman of Genesis for years, perform on stage.

“Happy birthday, Dad. I may no longer fit in your arms or sit comfortably on your shoulders but you continue to hug me tightly when I need it most,” the actress wrote alongside a sweet picture of her sitting on top of her father’s shoulders on Instagram.

“We may not get to spend time together that often but when we are face to face, you really do see me. You may not always believe it but please trust me when I say, no matter how old I get or what life may bring, I will always need you,” the proud daughter continued.

“Whether I’m proudly watching you up on stage, laughing at home together playing trivial pursuit, I’m forever grateful for the moments and memories we share. Especially the ones I now cherish as an adult myself,” she added.

She concluded her lovely message by thanking her father for “supporting the woman I am today. I love you to the moon and back again…”

Charlie McDowell — who tied the knot with the actress less than a year ago — also showed some love for his father-in-law on his special day in the comments section. “Love you both! HBD Phil,” McDowell wrote.

Lily Collins On Misbehaving Around The Royal Family

Earlier last month, Lily Collins shared a few of her favorite childhood memories, growing up with her parents in England. She recalled meeting the royals so often because her famous father “did a lot of stuff for the Prince’s Trust”.

“I have been told that this is what happened,” Lily shared during an appearance on “The Late Late Show with James Corden”. “That’s my mom and my dad and I, and it’s a Prince’s Trust event and I’m giving Diana flowers, but the second she went to take them, I then tried to pull them back.”

She added with a laugh, “So, as you can imagine, all the air was sucked out of the room. But then again, I was wearing a cute dress, so who’s going to really punish me there?”

Lily also recalled a naughty moment involving Prince Charles when she was a kid on an outing with her father and mom Jill Travelman. During the occasion, Lily remembered that she “proceeded to kind of throw something at him, like, throw a toy telephone at his head. Which again, all the air was sucked out of the room.”

Be sure to catch up on everything happening with Lily Collins right now. Come back here often for all Lily Collins spoilers, news, and updates.