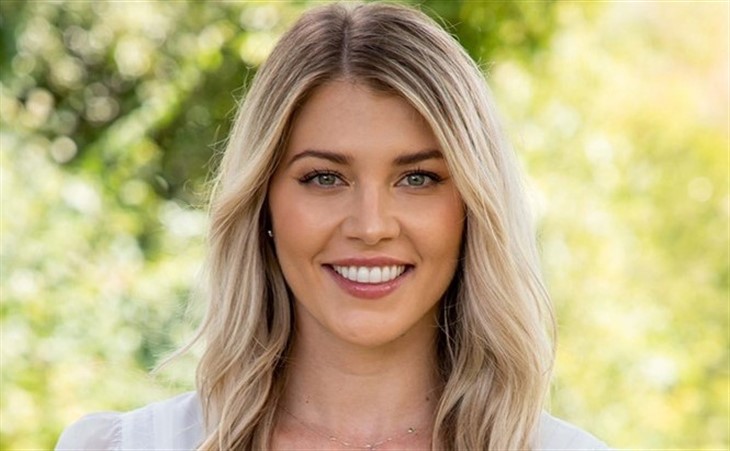 The Bachelor spoilers revealed that Shanae Ankney, 29, a recruiter from Sycamore, Ohio, came with a nice bio. Her ABC bio described her as “faithful, patient, and lovable.” Well, fans don’t see much patience or love from her towards the rest of the contestants. So, fans slammed ABC’s production team for taking them for fools.

This article contains spoilers, so if you have not yet watched this week’s episode, then this is a spoiler alert.  In the premiere of the show, Clayton gave the rose to Cassidy Timbrooks. However, that didn’t go too well. But, he sent home a lof people really fast. For example, Claire was accused of saying she hates Clayton, so she went out the door. So did Shelley the brokenhearted and Hailey, Ivana, Jane, Lindsay D. Daria, and Samantha.

Spoilers for Bachelor always come from Reality Steve on his social media accounts. So, some fans already knew that Shanae crashed the victory party after her team lost at the team football game. Much drama ensued as she heard that some of the women plotted to get her out of the show. The latest episode revealed that Clayton chatted with Elizabeth and Shanae after they had a massive fight about shrimps. And, Elizabeth went home. So fans are furious.

On February 1, Reality Steve shared Shanae’s tantrum at the football party. Plus, he revealed the eliminations. If you hadn’t heard, Shanea stayed in, and Jill Chin, Sierra Jackson, and Lyndsey Windham were sent home. Plus, Serene Russell got the rose. Well, all fans wanted to talk about was Shanae.

One irate Bachelor fan commented, “Shanae makes it through yet again another rose ceremony? Jesus!” Then another fan replied, “I guarantee the producers made him keep her for the drama 😠.”

Meanwhile, another fan complained, saying, “so you’re telling me shanae threw a literal tantrum and still didn’t get eliminated 🙄🙄.”

Another fan wrote about ABC’s production team: “So Shanae stays for more production drama 🤦‍♀️ they take us for fools!”

Here’s an example of similar thoughts: “I wish the producers would stop controlling all the story lines. People don’t act like this in real life. Rather than blaming the puppets, look at the puppeteers. This series used to be so good. It’s so overly scripted now. So frustrating!.”

The Bachelor Spoilers – What Are Your Thoughts?

Do you agree that Bachelor Cayton would have probably sent Shanae home already if production didn’t make him keep her? What are your thoughts about the fact that he sent people home for way less in the past? Sound off in the comments below.