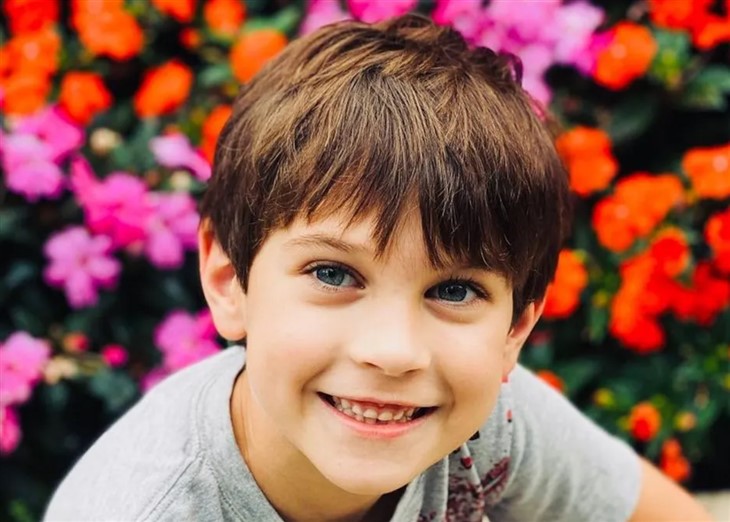 The Bold and the Beautiful (B&B) spoilers tease that Henry Joseph Samiri (Douglas Forrester) is a fan fave on the CBS sudser. He is cute, brainy and gives the adults a run for their money in every scene he is in. Now he has a new project to talk about one in which he stars alongside Jason Bateman.

Samiri stars in a commercial with Jason Bateman for Hyundai and here’s the thing: he sounds exactly like his B&B character! The commercial is really cool, a kind of montage of ‘man through the ages,’ with Bateman time traveling to show off different visuals from caveman times to the present day.

In the scene in which Samiri stars, his line could be one said by his B&B alter ego Douglas!

B&B spoilers – Henry Joseph Samiri Is In A Hyundai Commercial

The scene has Bateman touching a globe that appears on a tv screen and Samiri calls out, “Mom dad’s feeling the tv!” to which Bateman responds, “No one likes a snitch son.”

We wouldn’t go so far as to call adorable Douglas a snitch, but he does have a way of spilling the beans at the most shocking times. Take for instance his discovery that evil Dr. Buckingham (Wayne Brady) concocted a baby switch. Now he’s on to his grandma Brooke Forrester (Katherine Kelly Lang) having smooched Santa Claus, aka Deacon Sharpe (Sean Kanan). His truth bomb is going to blow up a lot of worlds in LA.

Douglas has been blabbing to the adults that he saw grandma kissing Santa Claus and they all thought he was so cute, until they began to worry about him—why is he perseverating on this odd song? Well, it turns out that for the second time in his young life Douglas has stumbled onto something that will change his loved ones’ lives forever. And they are finally listening.

The circle of people who now know that Brooke kissed Deacon in her home on NYE is growing by the hour. Hope Logan (Annika Noelle) swears to keep Brooke’s secret, but Steffy Forrester (Jacqueline MacInnes Wood) surely use this info to her advantage!