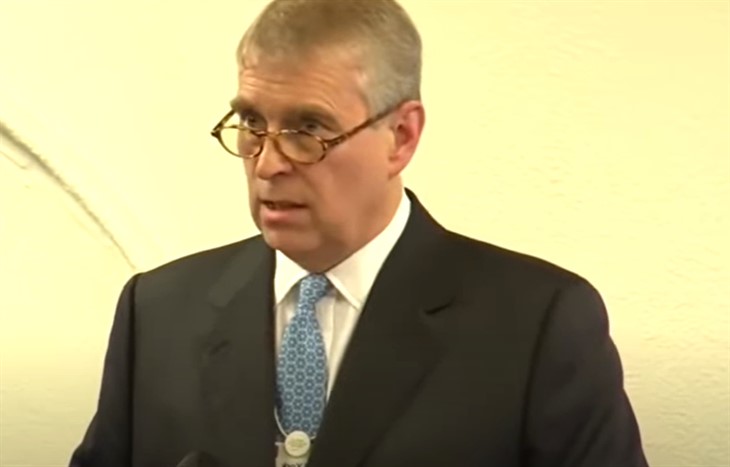 Prince Andrew is stripped of yet another honor, this time a birthday tribute, as a UK city council votes to cancel a flag-raising on his birthday.

Set to turn 62 on February 19, The Duke of York has been stripped of yet another honor as he prepares to contest sexual abuse allegations leveled at him in New York. Belfast City Council in Northern Ireland was scheduled to raise a flag in honor of Prince Andrew but instead voted to cancel the event in midst of the princes Jeffrey Epstein-related lawsuit.
Continue reading and we’ll give you more details.

According to Newsweek, the move, made by the Belfast City Council, was not without difficulty considering the political significance of the Union Jack in a divided Ireland. For quite some time the UK Flag has been flown year-round at Belfast City Hall. That of course changed in 2012 to only certain dates, in order to appease both Unionists and Nationalists.

The Duke of York’s birthday was one of those few days in the year that Unionists got to fly their flag in Belfast and naturally the Democratic Unionist Party (DUP) opposed the move to trashcan the honor.

Councilor Donal Lyons, of the Social Democratic and Labour Party (SDLP), proposed the change in February, saying, “I would ask every councillor to back my proposal,” according to the BBC. He did, however, make an attempt at the time to appease Unionists, saying, “I am more than happy to help facilitate an alternative day for the flag to be flown so the unionist community do not lose out on a designated day.”

This, of course, would change nothing for Prince Andrew as he would still lose his birthday tribute. Canceling the tribute was voted through but then ratified on February first to change the day of flying the flag to July 1 marking the anniversary of the Battle of the Somme, per the BBC.

This news comes after Judge Lewis Kaplan asked the London High Court to seek the testimony of Prince Andrew’s former equerry, Robert Olney, as well as that of Shukri Walker who claims she saw the duke at the London nightclub Tramp with a “young woman.”

The plaintiff Virginia Giuffre’s legal team believes the two witnesses will be beneficial to their case. The prince asked for the case to be thrown out in mid-January but to no avail. Be sure to stay apprised of all Royal Family News and return here often for more spoilers, news, and updates.