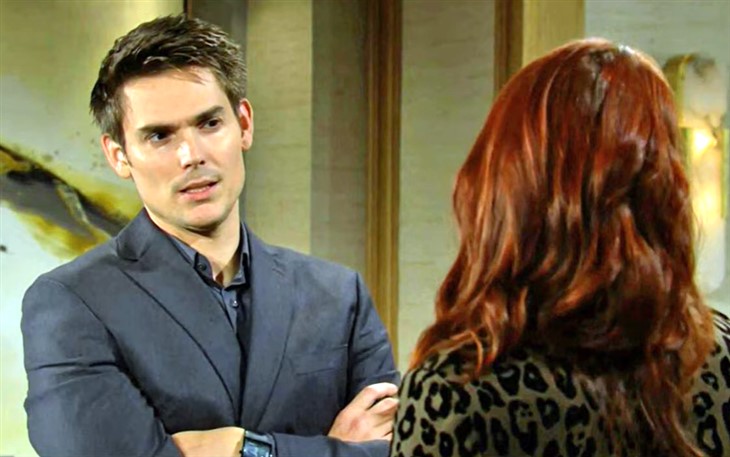 The Young and the Restless spoilers document that Adam Newman (Mark Grossman) does not want Sally Spectra (Courtney Hope) to go away. The personal connection they have developed is something both parties want to explore further.

Victoria Newman Locke (Amelia Heinle) planned for Adam’s exit. She thought the buyout of Newman Media would be too much for her younger brother to take. But instead of walking away in haste, Adam told his father that he would embrace the challenge of heading Newman Media and Chancellor Communications in their new forms.

The Young And The Restless Spoilers: Adam And Sally Conspire To Take Control

Victoria did not have to purchase Chance Comm. She did not have to pair that media property with Newman Media either. But Heinle’s character likes to play personal games, like Victor Newman (Eric Braeden) is and Adam used to do.

Victor appears to be positioning his children against each other, in a team of rivals’ fashion, because he wants them to sharpen their business skills. Some could consider this to be bad parenting. Others, including devoted Y&R fans, would recognize Victor’s tactic as what the Newman family does.

Of course, Victoria will weigh in if Adam decides that Sally must be part of his staff.

Adam has not become buddies with a hardscrabble middle-aged guy who has a nose for the business world. No, Sally is not that type at all.

Sharon Rosales (Sharon Case) remains Adam’s ultimate dream. But she is married to Rey Rosales (Jordi Vilasuso) and has convinced herself to be happy.

Chelsea Lawson (Melissa Claire Egan) was wanted at Newman Media, even though Adam told her that they would not revisit their relationship. Without Sharon and Chelsea, Adam needs a companion. Sally’s deep interest in Adam makes her the ideal ally at this point in his life.

Adam has not spurned Sally. He has put the soapy brakes on her overtures, which caused Hope’s character to reevaluate and recalculate.

Sally’s goal is simple. Secure the future by using her creative savvy. Adam is Victoria’s formidable opponent. But Sally might come to rule him, even if only for a limited time.