Days Of Our Lives (DOOL) Spoilers: Wally Kurth Has Something To Celebrate 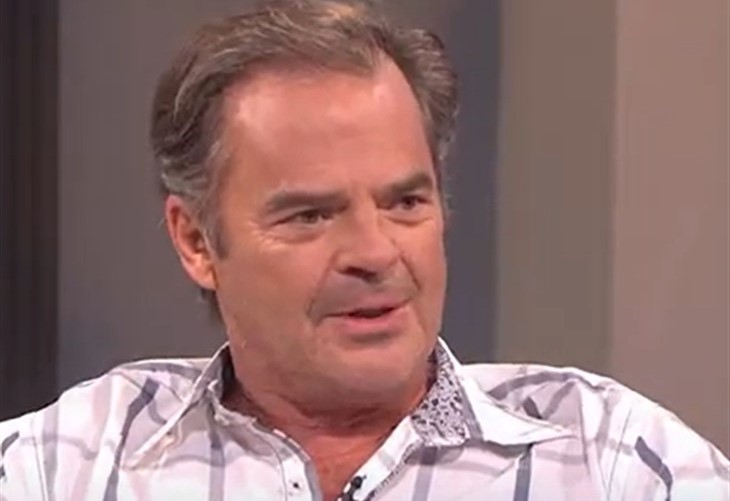 Days Of Our Lives spoilers and updates tease that Wally Kurth celebrates his 35th anniversary in the daytime drama. The actor debuted his role, Justin Kiriakis on the soap on February 4.

Days Of Our Lives Spoilers – Remembering His Beginnings

Kurth recalled that he was cast as Justin at the last minute. The actor recalled that he had to come in twice to test out the role because it seems like the casting crew weren’t convinced that he’s suitable for the part. He eventually got the part and shot his first episode on a Saturday.

“It seems like a heck of a long time ago and then it also seems like yesterday. Man, to think about a number like 35, it’s just incredible. And how lucky am I? I never, ever take it for granted,” the actor said.

The actor recalled that there was a time when he did because he thought he’d be doing different projects. The actor explained that even if he’s been playing the same character for decades, he got the chance to be part of different storylines.

As he grew older, how he viewed the world started to change, too. Kurth said that he feels so lucky to be able to bring the changes that happened in his real life to his character on Days. The actor hopes that viewers of the show have seen his character evolve.

Kurth also took the time to thank his fans for all the support. He admitted that his character isn’t always compelling and interesting to watch but he appreciates the loyalty and support of all the viewers of the soap.

He’s thankful that fans are continuing to watch his character, which in a way, lets the show bosses know that people are still interested in his character. That’s why he’s not taking anything for granted.

Days Of Our Lives Spoilers – Is Abigail DiMera Going To Die

Spoilers hint that Abigail DiMera (Marci Miller) won’t be able to leave the island alive. Sarah Horton (Linsey Godfrey) may kill Abigail after getting injected with a drug that will make her hallucinate. Her hallucinations may lead to the death of Abigail.

But it’s also possible that another villain will cause Abigail’s demise. Fans have to stay tuned to find out how this story unfolds.