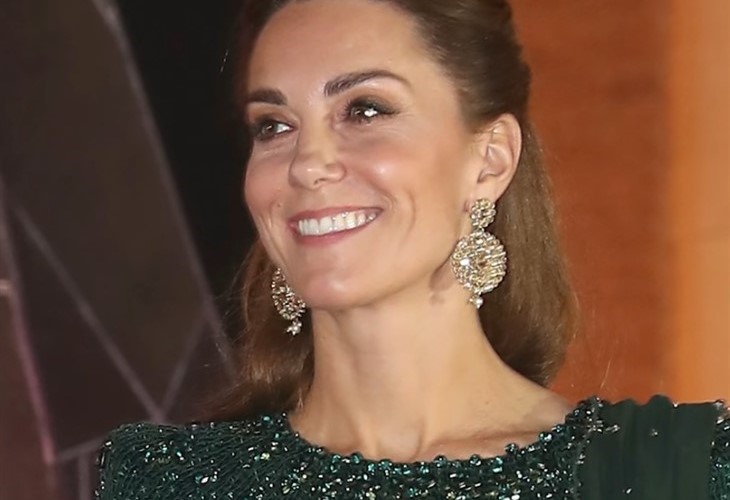 Kate Middleton spoilers and updates tease that Kate Middleton, the Duchess of Cambridge, went out for a rare joint royal engagement with Prince Charles and his wife, Camilla.

The Royals visited the Prince’s Foundation, located in London’s former docklands. The event was the first engagement that the Duchess of Cambridge had with Prince Charles and Camilla since the last appearance together at a military rehabilitation center back in February 2020.

Prince Charles and Kate both share a love for the arts. The latter was a former art history student and is now the patron of the Royal Photographic Society, the V&A Museum, and the National Portrait Gallery.

Lord Snowdown, Prince Charles’ nephew and Vice President of the Prince’s Foundation, welcomed the royals as they arrived at the Trinity Buoy Wharf and met the students of The Prince’s Foundation School of Traditional Arts. They also witnessed the students work on wax figures and undertake life drawing classes. They also met with graduates and other young business leaders.

Kate interacted with the students of the sculpture class. She asked how hard it was to work with wax. Cara MacKay, told the duchess that having cold hands doesn’t help.

Florence Harrison also had the chance to talk to the Royals and said that they were friendly. She also talked to Kate about translating a life drawing into a 3D shape.

In an interview with PEOPLE, Christie said it was amazing to see the duchesses given that she only started her own Ellipsis label 18 months ago. She never imagined having the royals look at her garments.

“Kate was asking about the silk — I use 100% silk sourced in the U.K. They were really taken aback and it was an honor for me that I had the chance to meet them,” she added.

Before their meeting ended, Christie gave both Kate and Camilla a silk evening purse and a pink scrunchie for Princess Charlotte, Kate’s daughter.

During the engagement, the Duchess of Cambridge re-wore the Chatherine Walker gray tweed dress, which she donned back in 2019 at the Foundling Museum. She paired it with black tights, a handbag and pointed toe heels.