General Hospital (GH) Spoilers: Who Should Britt Westbourne Hook Up With Next, The Answer Will Surprise You! 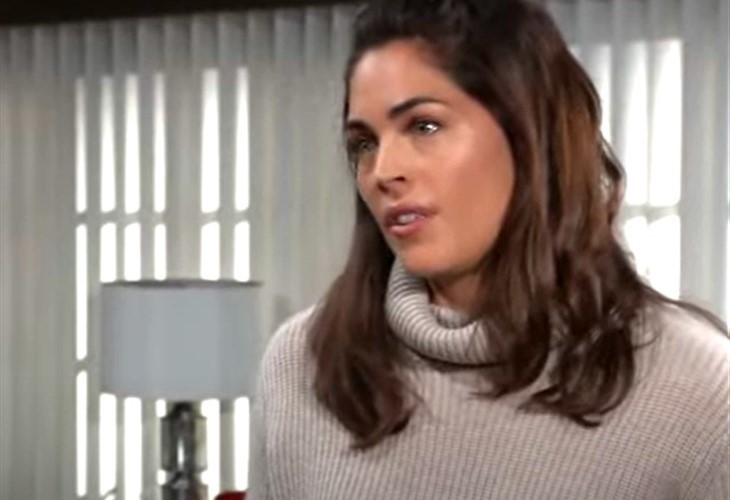 General Hospital (GH) spoilers tease that Britt Westbourne (Kelly Thiebaud) is single and ready to mingle after that unfortunate entanglement with Jason Morgan (Steve Burton). Why didn’t she know that Carly Corinthos (Laura Wright) is the only woman who can ever have him, and that death is the alternative?

Now that that has been cleared up, who should she turn her sights to? How about back from the dead Drew Cain (Cameron Mathison)? He is the closest thing to Jason Morgan at the moment, which is kind of scary, kind of attractive. Jason’s twin is back in Port Chuck and also single ready to mingle. He has been chem tested with Carly and Sam McCall (Kelly Monaco) but bonfires did not break out either time.

General Hospital Comings And Goings: The Spinmeister Returns, Fan Favorite Returns, A New Bodyguard is Back

Austin Gatlin-Holt (Roger Howarth) has a lot in common with Britt, they are doctors and have tried to poach people while out at The Savoy. Was there a spark between them as they eyed up the people on display? Not really. Plus Brad Cooper (Parry Shen) is jealous of his bestie hanging with someone else. Look out Austin, Brad is a known poisoner and capable of awful things when provoked. Plus we’re pretty sure there is some kind of policy against workplace dating?

How about Dante Falconeri (Dominic Zamprogna)? He is a hunk and would not be afraid of her mom Liesl Obrecht (Kathleen Gati). Right now he seems attracted to Sam, but Sam is confused about he role of Drew in her life. We can totes see Dante getting tired of Sam’s vacillation and being attracted to a professional who doesn’t stalk people for a living.

Sonny is quite a catch. This one is iffy given the fact that he seems to only have eyes for Carly. But Britt did Sonny a solid by helping him out recently with his meds situation. They had a moment when he thanked her and she seemed awed by his charm and charisma. There was a spark, we saw it. Plus, Britt would not whine about “mob life” ruining her life as other women have. They have Jason in common, is that enough to build a foundation on?