The Young And The Restless Spoilers: Chelsea Reacts To Adam’s Decision – Rey And Sally In the Picture 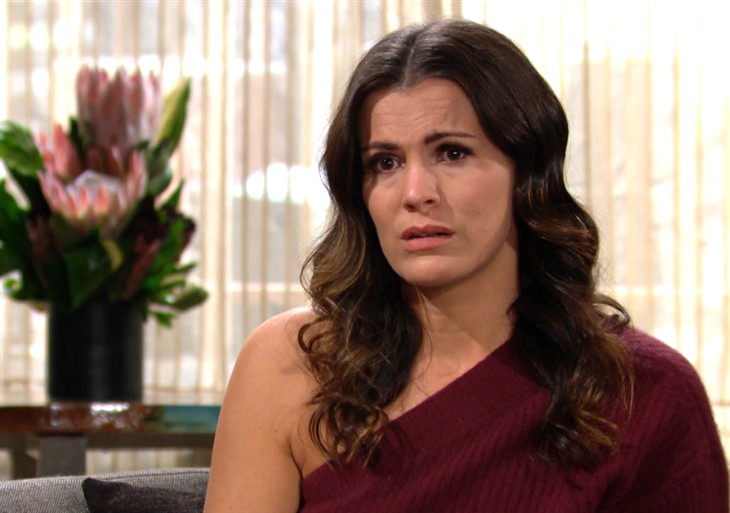 The Young and the Restless spoilers document that Chelsea Lawson (Melissa Claire Egan) did all she could, but Adam Newman (Mark Grossman) rejected her. So, as he appears to be moving onto Sally Spectra (Courtney Hope), Chelsea has an opportunity to re-couple as well.

The idea of Adam and Sally looks bad on paper. But they are attracted to each other and share a drive that should produce a pairing that creates and sustains buzz in Genoa City, Wisconsin.

Chelsea is focused on Connor Newman (Judah Mackey) and re-imagining the fashion platform now that Victoria Newman Locke (Amelia Heinle) jettisoned it after purchasing Newman Media. But Chelsea’s heart also needs to heal, which means that another man will likely be part of her life soon.

The Young And The Restless Spoilers: Adam And Sally Conspire To Take Control

Young And The Restless Spoilers – Detractors Did Not Deter Sally Spectra

Adam appears to see Sally as a newer edition of himself. She is constantly scorned by others, always believing that some misunderstanding has taken place. Adam can relate.

Sally believes that people choose to see her actions as personal when business advancement is her general goal. Adam can relate.

Hope’s character keeps her nose to the soap grindstone whenever anyone tells her that she will not get ahead or derails the progress she made. Again, Adam can relate, and because of these perceived commonalities and others, he finds Sally very appealing.

Rey Rosales (Jordi Vilasuso) was targeted by Chelsea, who poisoned him. Egan’s character did so because she was mentally ill. She believed that Adam and Sharon Rosales (Sharon Case) were romantically involved and wanted to set him up for attempting to kill Rey.

Chelsea came to fully regret what she did, confessed to the authorities, and apologized to Rey. They began to bond when he checked on her at the facility where she was held.

All has been calm on the rivalry front in recent months. Chelsea made peace with Sharon, who feels sorry for Adam’s now-former love.

Sharon and Rey are getting along well. The Adam annoyance is neutralized. He is focused on Sally, rather than Rey’s wife now.

However, soap is about drama. The groundwork has been laid, with Rey and Chelsea’s connection creating a believable path for a personal relationship to form.

Chelsea is single. So, Rey would need to betray Sharon’s trust for a coupling to happen. That aspect would present a fresh take and put Sharon in the jealousy slot that Rey has occupied in the recent past.