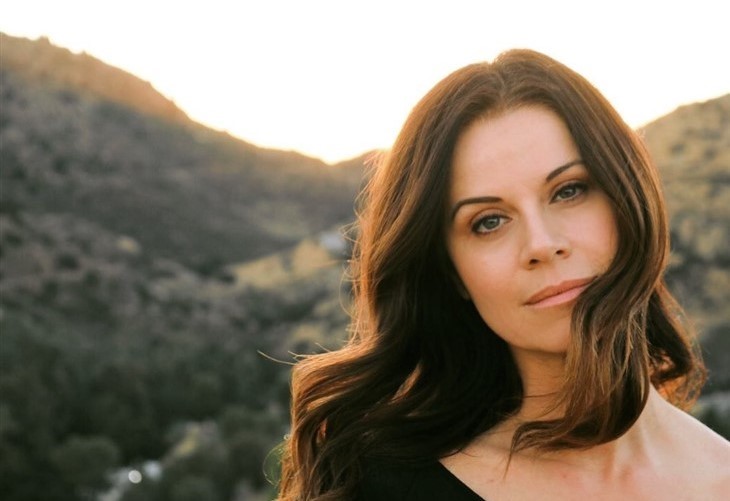 The Young and the Restless spoilers and updates tease that Jennifer Taylor, who appeared on the daytime drama as Rebekah Barlow, will work with Melissa Archer on a new gig.

Archer, who portrayed the character Natalie Buchanan on One Life To Live, announced on her Instagram account that she’s landed a new gig. She shared a photo of her with co-star Natosha Devon.

The Young And The Restless Spoilers – Adam Newman Takes Control

Adam Newman (Mark Grossman) will take control of a situation that most likely involves Sally Spectra (Courtney Hope). Adam will acknowledge that they have mutual feelings for each other. However, they still have to get past certain obstacles if they want to take their relationship a step forward.

Adam still worries about Chelsea Lawson’s (Melissa Claire Egan) reaction if he goes public with his romance with Sally. But Chelsea will be too preoccupied with Rey Rosales (Jordi Vilasuso), which means she may not care if Adam’s dating Sally.

As for Sally, she’ll be very excited about her new job. She’ll celebrate being part of Newman Media and will gloat at Chelsea’s defeat, when she gets a chance. It’ll be another win for her if she manages to convince Adam that she’s the woman he wants.

Abby Newman-Abbott-Chancellor (Melissa Ordway) will continue to worry about Dominic Newman-Abbott-Winters-Chancellor (Rainn and River Ware). She’ll take him to the hospital but her baby’s physical tests will come back normal.

The doctor will order blood tests and Devon Hamilton (Bryton James) will start to wonder what these tests are for. The latter will wait for the results along with Abby and Chance Chancellor (Conner Floyd). Once the results come back, everyone will be in for a massive shock about the baby’s paternity.

The Young And The Restless Spoilers: How Could Nate Not Know Ashland Is Lying?https://t.co/qeu8I8BSLg#YR #theyoungandtherestless #youngandrestless

The Young And The Restless – Billy Abbott Takes On Passion Project

Billy Abbott (Jason Thompson) will feel unchallenged on his job. He’s gotten used to the feeling of taking risks and being the boss that he’s bored with his work as of the moment. Fortunately, he’ll set his eyes on a passion project, which will keep him busy and out of trouble.