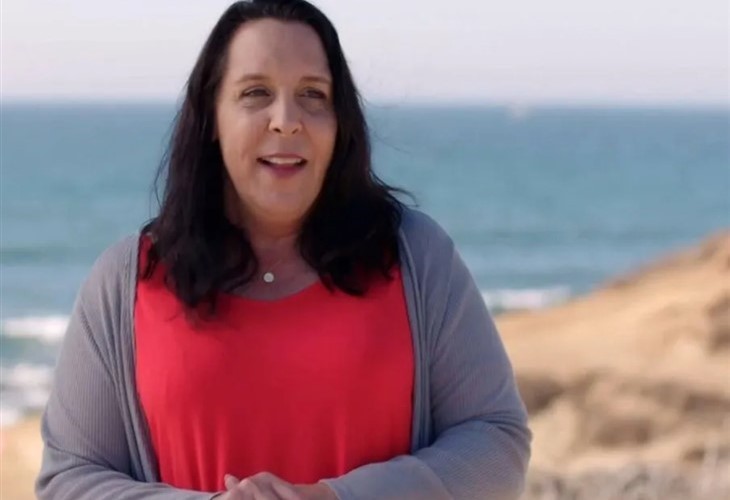 90 Day Fiance: Before The 90 Days Season 5 spoilers and rumors suggested that Kimberly is not currently in the USA. Well, the rumors also include Lisa Hamme, Usman Umar’s ex. Both women denied the latest rumors that leaked via an anonymous source. In fact, Kimberly bashed bloggers who perpetuate rumors just for clicks.

90 Day Fiance: Before The 90 Days – Has Some Controversial Women

Fans love it when new people appear on the TLC franchise. Season 5 brought in Ella, Alina, Kimberly, and more. Well, Alina’s history after her racially sensitive social media posts. Then, Ella feels hurt and claims she genuinely loves Asian culture, rather than having a fetish for Asian men. Meanwhile, Kimberly was bashed from the beginning as fans believe she fell for Usman who just wants a green card.

Fans didn’t really get to know the newcomer to 90 Day Fiance, Mahogany. That’s because she acts like a catfish and seems to be ready to take Ben Rathbun for whatever she can. So, there are plenty of stars for fans to love to hate. Kimberly seems like a nice person, and many fans hate that she’s going to be used by Lisa Hamme’s ex for a green card. Well, the new rumors about her got her all fired up against bloggers and she slammed the originator on John Yates’ repost.

John Yates shared a post on his Instagram that originated on the account of  @90dayshotzfired. According to them, “a reliable source in Nigeria…alleged that KimbAly is currently in Sokoto, Nigeria with Sojaboy. “ Allegedly, the source claims fans will see more of her ring.

Additionally, the post said, “We spoke further about him still being married to Lisa. My source stated that polygamy is rarely practiced & usually only in rural areas.” Also, the “Official Marriage Registry only allows for one wife.” 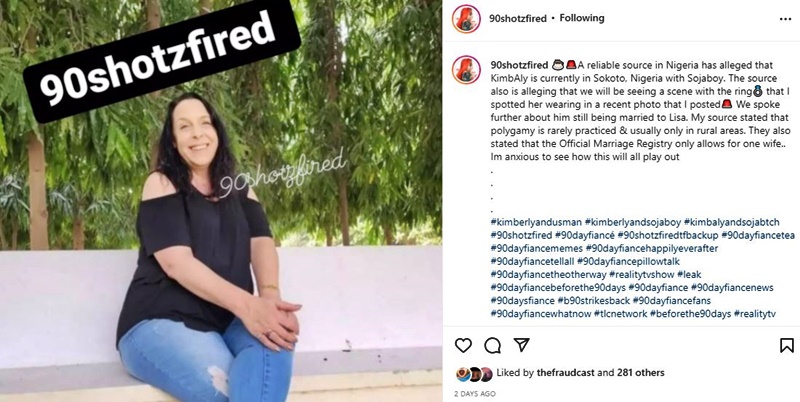 Well, 90 Day Fiance alum Lisa Hamme replied, saying, “I’m legally married to Tracy but I’m still waiting patiently for my Nigerian divorce papers so @tlc got scammed by Usman. glad I’m not the only one who got scammed but Tracy and I are doing great 7 kids and 4 grandkids.”

So, she’s not going to live life with Usman as wife #1, two, or 10. But it does point to some problems if Usman and Kim actually hope to marry. Well, John Yates shared the post and Kimberly went for bloggers in the comments section.

90 Day Fiance blogger, John yates shared the post and wrote, “Looks like Not Superfan Kimberly has some splaining to do!” Well, Kimberly waded in and slammed him. In the comments section, she said, “THESE ARE MY LATE MOTHER’S RINGS!!!!!! I’ve said this so many times!! It was her engagement ring…and 2 other rings on my right hand.”

Further down in the replies, speaking to @shotzfired who turned up, she wrote, “how can a trip from New York to San Diego turn into a trip from the US to Sokoto??? Lol you know what? You’re a blogger and need content so think what you want. ❤️