The Young And The Restless Spoilers: Chelsea’s Naughty Dream, Sizzling Passion Ahead? 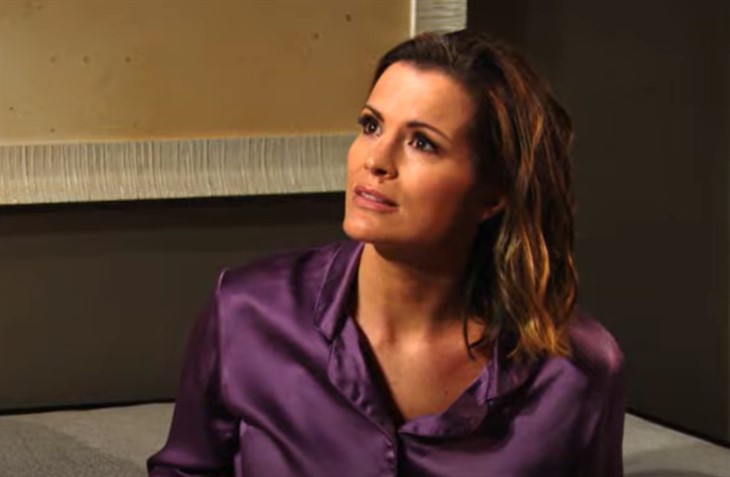 The Young and the Restless spoilers reveal that Chelsea Lawson (Melissa Claire Egan) is ready to get over Adam Newman (Mark Grossman). What better way to do that than to get a sizzling new romance? Chelsea has a hot dream of Rey Rosales (Jordi Vilasuso). However, that dream just might turn into reality.

The Young And The Restless Spoilers  – Getting Over Adam Newman

Y&R spoilers reveal that Chelsea had one goal when she returned to Genoa City. It wasn’t to help Chloe Mitchell (Elizabeth Hendrickson) with the new fashion platform. It was to bring her broken family back together again.

Despite Chelsea’s best efforts, she’s not having much success reuniting with Adam. Normally, Chelsea would up the ante but it seems that she is ready to move on from Adam. Soap fans know that the best way to get over one man is to get a new one!

The Young And The Restless Spoilers: Victor’s Serious Questions For Ashland

It has been clear the past few weeks that Rey is smitten with Chelsea. While Sharon Rosales (Sharon Case) has been spending a lot of time with Nick Newman (Joshua Morrow), Rey hasn’t seemed concerned.

In fact, it appears as if Rey’s attention is on Chelsea instead of his own wife. Each time Rey sees Chelsea, he gets a little bounce in his step and gets a grin on his face. Even Sharon has noticed this although she hasn’t said anything about it. Rey’s even been spending time with Connor Newman (Judah Mackey) and got the little boy the perfect Christmas gift.

The Young And The Restless Spoilers  – Chelsea Lawson’s Naughty Dream

The Young and the Restless spoilers reveal that the preview for the week of February 7 shows Chelsea waking up and seeing Rey. Although Chelsea seems surprised, Rey talks about how he can’t get her out of his head. Then, Rey goes up to Chelsea and the two engage in sizzling passion.

Y&R Spoilers – From Fantasy to Reality?

Although it is teased that the sizzling interaction is a dream, could Chelsea’s fantasy turn into reality? Clues have been dropping for weeks that Rey and Chelsea might have an affair. Perhaps this passionate dream is the first step to that.

If Rey and Chelsea do engage in passion, what does that mean for Sharon? Plus, could Adam end up getting jealous when Chelsea moves on? Share your thoughts and remember to keep watching the CBS soap to see what happens next.