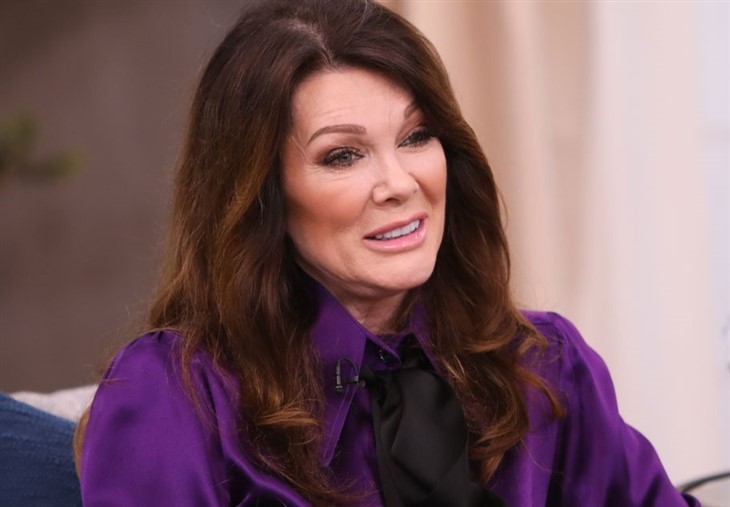 Vanderpump Rules (VPR) star Lisa Vanderpump took a tumble off her horse at the beginning of February. Actually, she came off hard and ended up taken to the ER. Now, she felt well enough to respond to everyone who sent their love, prayers, and mountains of flowers.

Bravo fans know that if she fell off a horse, then something went wrong. After all, she sits on a horse very well and often rides. Initially, reports suggested that something scared her horse, and it suddenly reacted.

Bucking, Lisa flew through the air. Actually, eyewitnesses said that she landed really hard and hurt her back. Apparently, an ambulance took her away, so she obviously hurt herself badly.

Many VPR fans hope that it’s the last bad thing that happens to the Vanderpump Rules matriarch for a while. After all, in December, her beloved dog Rumpy passed away. Later, she got Covid, and now she suffers from painful injuries after she fell off her horse.

Actually, horses are intelligent and probably, it feels bad about the accident as well. Knowing Lisa, she probably can’t wait to get back in the saddle.

Lisa Vanderpump took to ehr Instagram and revealed to Bravo fans that she received a lot of lovely flowers. Fans know that she likes pink, so most of them contained flowers of that color. In fact, there were so many, that she shared several photos. 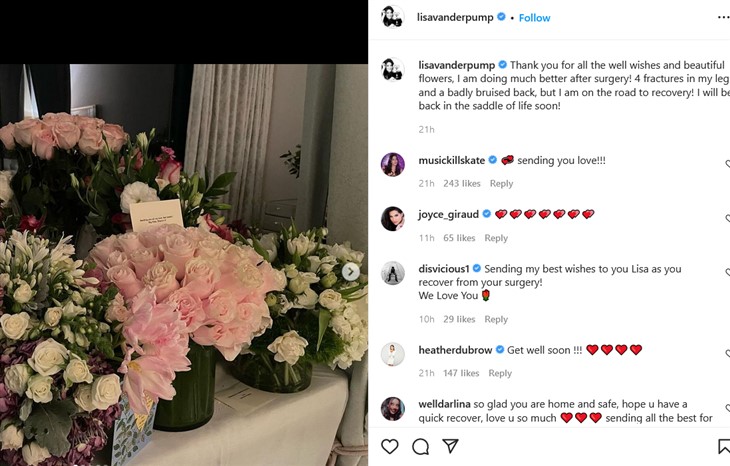 In her caption, she told fans, “Thank you for all the well wishes and beautiful flowers, I am doing much better after surgery! 4 fractures in my leg and a badly bruised back, but I am on the road to recovery! I will be back in the saddle of life soon!

VPR fans know that she’s tough, but four fractures sound like four times the pain. Bear in mind, she’s in her 60s now. So, hopefully, she mends quickly. Perhaps her daughter Pandora will take her baby boy around to cheer his grandma up. Actually, that’s one of the good things that happened for Lisa who was over the moon to become “Nanny Pinky.”

Vanderpump Rules  – Fans And Colleagues React In The Comments

VPR fans took to the comments section of the update post by Lisa Vanderpump. One of them wrote, “Been praying for you 💖 so glad you’re doing better. Sending love and light!”

Katie Maloney-Schwartz didn’t let her boss think she forgot her. She penned, “💞 sending you love!!!”