Days Of Our Lives (DOOL) Spoilers: Is Three Company With Sarah, Xander, And Gwen 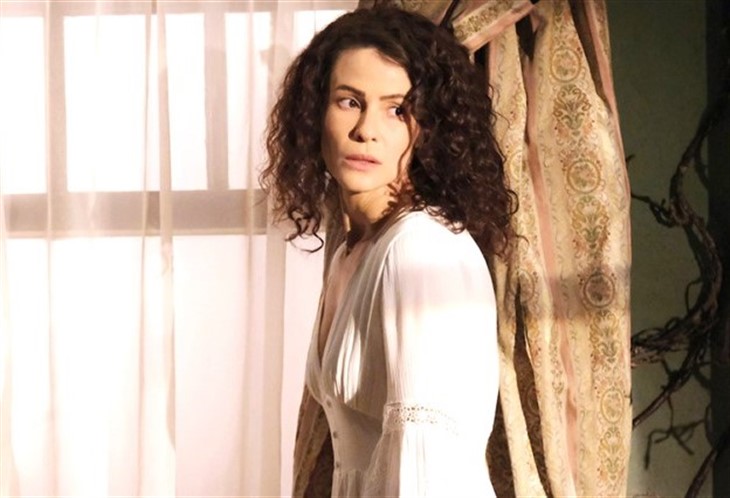 Days of Our Lives spoilers and news indicate that Linsey Godfrey is excited for a Sarah Horton, Xander Cook (Paul Telfer), and Gwen Rizczech (Emily O’Brien). Will Sarah fight for her man?

Days Of Our Lives Spoilers – Both Women Love Xander Kiriaks

Days of Our Lives Godfrey says that she believes a triangle between Gwen, Sarah, and Xander would be fun. Both of these women love Xander for almost the same reason. Gwen loves Xander for the man he is. Sarah loves Xander for who he is, but also for who he can be. After all, Xander was there when Sarah was pregnant with another man’s baby. Xander replaced Sarah’s dead baby with another one to keep her from suffering. After the truth came out, Xander did everything possible to win Sarah back and succeeded. Sarah was ready to marry Xander when Kristen Dimera (Stacy Haiduk) kidnapped her and put her on the secluded island. However, Xander still believes that Sarah doesn’t want him. Linsey jokes that Xander has a type.

Days Of Our Lives (DOOL) Spoilers: Wally Kurth Has Something To Celebrate

Days of Our Lives Godfrey says she loves working with the women on the show. Godfrey feels that a triangle would be fun because she has never been in one with two girls. Godfrey also likes how Sarah is such a good girl and talks bad while Gwen is the opposite. Godfrey believes that a triangle between these three makes sense because of Sarah’s kidnapping. Sarah wants to fight for her man and she knows Gwen would do that same.

Days Of Our Lives Spoilers – Xander Cook Would Be Torn

Days of Our Lives Xander believes that Sarah has rejected him again. However, once Xander learns the truth, he is going to want to know how she feels. Xander will be torn between the two women because he has never gotten over Sarah. Sarah and Xander never had closure. Xander may love Gwen now, but Xander was ready to find Sarah until Gwen lied to him.

Gwen was cruel to Xander while pretending to be Sarah and that will eventually be exposed. Xander and Sarah haven’t gotten to have any time to be happy. Either Sarah has been trying to keep him in line or he’s been fighting against someone else. Xander was under Victor Kiriakis’ thumb through most of their relationship. Xander and Sarah deserve a chance.

Will Linsey get her wish for a triangle? Will Xander and Sarah ever have a chance to be together again?