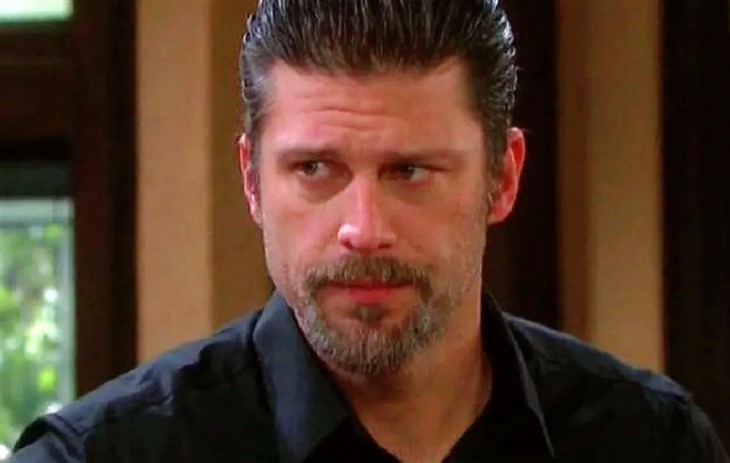 Days of Our Lives spoilers reveal that Eric Brady (Greg Vaughan) could be coming back for another visit. It is teased that Eric is reportedly returning to Salem in just a few months. Eric will be sticking around a bit longer this time and actually performs a marriage ceremony in summer 2022. So, who could be getting married, and will Eric get a new love story?

DOOL spoilers reveal that fans were disappointed when Vaughan decided to leave the NBC soap. However, it was complicated as his character, Eric, just got married to Nicole Walker (Arianne Zucker). Eventually, Nicole cheated and Eric found out, leading to the two filing for divorce.

Then, Eric came back during Marlean Evans’ (Deidre Hall) possession storyline. Eric showed up just in the nick of time to help John Black (Drake Hogestyn) save Marlena. Of course, the exorcism was only partially successful. Unknown to John or Eric, Marlena was free from the devil, but the evil entity just switched bodies.

Days Of Our Lives Spoilers: Johnny DiDevil Channels Stefano, Seeks To Be The New Phoenix!

According to Soap Opera News, Eric is coming back in a few months. It isn’t stated exactly what brings Eric back to Salem. If Johnny DiMera (Carson Boatman) is still “JoDevil,” then another exorcism might be what brings the priest back to town.

Days Of Our Lives Spoilers – Greg Vaughan Sticking Around?

Days of Our Lives spoilers reveal that the media outlet claims that Eric won’t be back for just a brief appearance. This time, Eric is sticking around a bit longer. According to the publication’s Facebook page, he will be involved in at least one big storyline.

It is teased that Abe Carver (James Reynolds) and Paulina Price (Jackée Harry) will get engaged once again. Despite Abe saying he can never trust Paulina again, something happens to change that. Abe and Paulina will have another wedding in summer 2022, which Eric officiates.

When Eric returns to Salem, will he get back together with Nicole? It’s true that Eric and Nicole are in the middle of getting a divorce. However, they both clearly still care very much about each other. Nicole might currently be interested in Rafe Hernandez (Galen Gering), but that doesn’t mean the romance will last.

Of course, there is also the possibility that Eric could be set up with a brand new love interest. If the soap takes that direction, then who would make the ideal partner for Eric? Share your theories in the comments section and remember to keep watching the NBC soap to see what happens next.

Be sure to catch up on everything happening with DOOL right now.