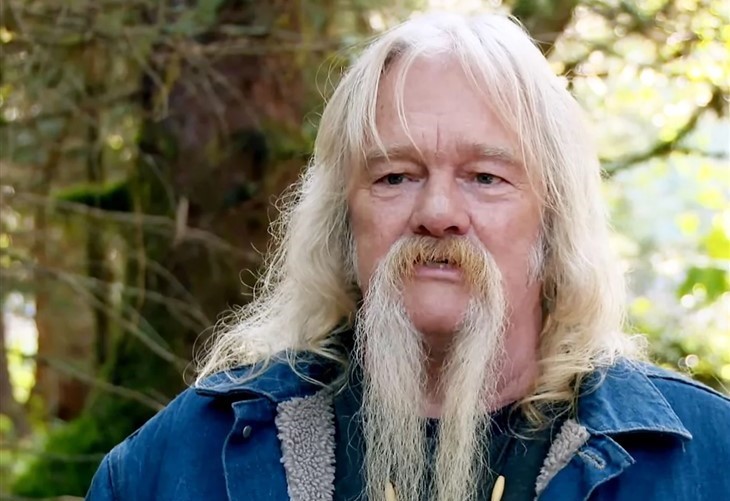 Alaskan Bush People Patriarch, Billy Brown passed away on February 7, 2021, and his son Bear Brown took his death very hard. So did Billy’s wife, Ami who married him at the age of 15. While Discovery fans don’t hear much from Ami, Bear remains active on social media, so he updated his fans on how he copes with the death of his dad.

During the last season of the show, fans saw the entire family bury their dad and mourn his passing. Discovery fans know that Billy died very suddenly, right at the time he was living his dream on their new property in Washington. These days, Bear and his wife opted to live on Billy’s beloved mountain.

Alaskan Bush People star Bear Brown posted up a sad tribute to his dad in December last year. There, he shared a photo of his dad and talked about the “emptiness” that he feels inside.

In December, Bear Brown took to Instagram and shared a photo of his dad, and confessed to the emptiness he feels inside. At the time, only the knowledge that his dad’s in a “better place” got him through some days.

Bear Brown and his girlfriend Raiven split and went through a torrid custody dispute. Actually, both of them said some bad things about each other.

However, it’s been speculated by fans that they got back together because life is too short. Their son River is the mini-me of his grandpa, and Bear seems to take some comfort front that.

Alaskan Bush People fans suspected that Billy’s son became engaged to Raiven when he posted a cryptic message on Instagram. Sure enough, they married, and no doubt, if Billy’s looking down from heaven, he’ll be pleased.

Well, grief brings terrible pain sometimes, so those who experience it don’t get over it like a toothache. Clearly, Bear still struggles with Billy’s passing. He got quite candid about it on the anniversary of his death.

The Alaskan Bush People star confessed to Discovery fans, “it hasn’t gotten any easier without him.” Next, he said, “[I cope] by  trying to be the best I can for those around me .” Additionally, he talked about sticking close to loved ones. After all, “Life is far too short to take for granted the time we have!”

Finally, Bear warned his fans about how suddenly death can steal loved ones away. In his sad post, he added, “love, laugh, be free, and remember you never know when it’s the last time you’ll see someone you care about.”