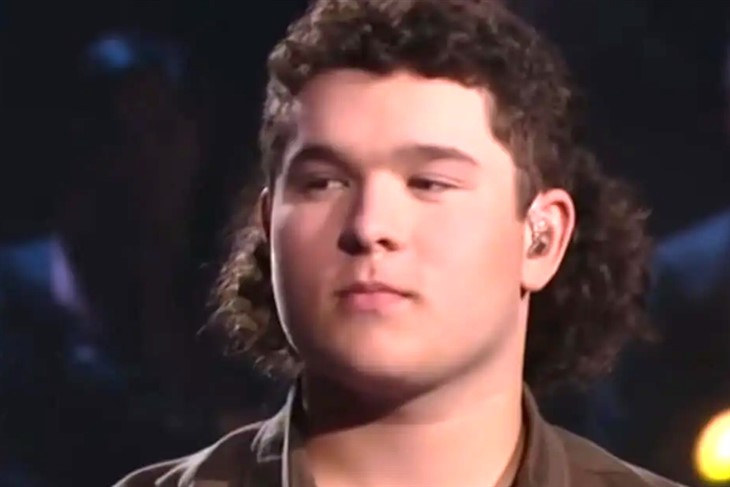 American Idol alum, Caleb Kennedy told the cameras in 2020 that he felt lucky to have a chance in the show. He said it means that he’s “not a nobody.” Well, now he is somebody who seems to have messed up really badly. Recall, he was fired from the show. And now, he’s a 17-year-old in big trouble with the law.

American Idol – Young Caleb Kennedy Has A Lot of Talent

Music magazines wrote about Caleb, who thoroughly impressed the judges with his talent as a country singer. Just sixteen, he looked like he started on the road to a brilliant future. Dubbed the next Laine Hardy, he made it right into the top five before he was shown the door.

The American Idol star got the boot after a video went viral that revealed him wearing a hat depicting the KKK. While loyal fans suspected someone set him up for the fall, he claimed it was all taken out of context. In fact, his mom explained that he was only 12 when the video happened.

She said he’d just watched a movie called The Strangers: Prey at Night.  So, it wasn’t about the Klan at all. He simply acted a role that he saw in the movie. Anyway, he left the show but carried on making music.

According to The Sun, Caleb Kennedy faces a much bigger issue than a racially sensitive social media post. Reportedly, he was arrested in Spartanburg. According to authorities, he was driving a “2011 Ford pickup was traveling North on West Murph road when it went into a private road and struck a building.”

The American Idol alum was allegedly driving under the influence. Unfortunately, a person inside the building died as a result of the accident, So, he faces some serious charges. Various mainstream media outlets reported that he was arrested for allegedly “Driving Under The Influence Resulting in Death.”

American Idol – Will Caleb Kennedy Do Jail Time For The Accident?

It might be too early to discuss the possible punishment that the American Idol will have to deal with. However, his music fans probably worry about it.  Most states in the USA treat any death caused by driving under the influence very seriously. In the past, people have done time behind bars. At the age of 17, Caleb will be tried as an adult. Hopefully, he gets himself a good lawyer.

Certainly, it seems that his mom must be very worried and sad about her kid who started off on TV with such a promising future. Meanwhile, the fact is, someone died, and that’s a tragedy.