The Bold And The Beautiful Spoilers: Finn Questions Sheila – Steffy Allows Villain In? 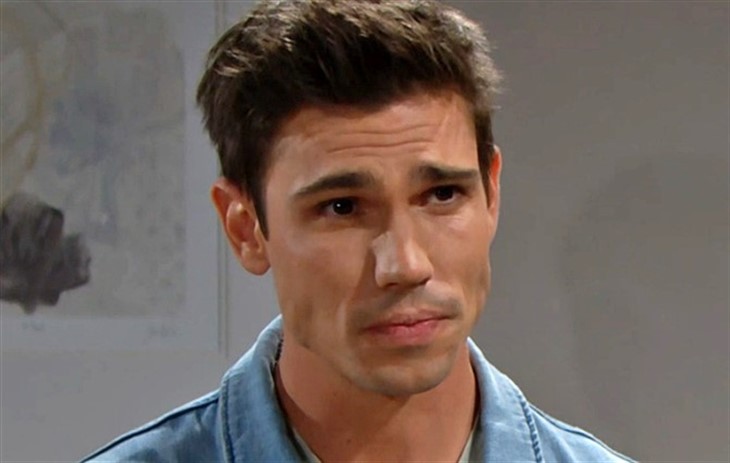 The Bold and the Beautiful spoilers document that Sheila Carter’s (Kimberlin Brown) latest pop-in to her son’s office at the hospital led to a revealing exchange. Sheila told John Finn Finnegan (Tanner Novlan) something that made him suspicious.

Brooke Logan Forrester’s (Katherine Kelly Lang) threat, where Sheila was told that she would be blocked from a relationship with Finn and his family, enraged B&B’s arguably greatest of all-time villain. The GOAT rascal acted quickly, enacting a plan that led to Brooke drinking alcohol.

Finn was not told about Brooke’s threat or Sheila’s revenge response. But he will remember that exchange if or when his mother’s actions are exposed.

The Bold And The Beautiful Spoilers – How Long Will Sheila Carter’s Actions Remain Shielded?

Brooke’s life is currently falling apart, as Sheila hoped would happen. Brown’s character has not had access to what has been happening with Brooke but will likely soon hear an update.

Sheila’s outsider status is intentional and well-earned. No one, except Deacon, is going to be providing her with details about anyone’s life because she is distrusted. Deacon also distrusts her but is prone to speaking when he should not.

It would seem that a reveal of Sheila’s actions at this point in the plot would prevent Brooke from realizing maximum drama. TPTB are likely to delay Sheila’s anticipated comeuppance until a later, undetermined moment in time.

Finn told Sheila that Steffy Forrester Finnegan (Jacqueline MacInnes Wood) has not come around. That tell was not surprising and is something that Sheila suspected.

However, Sheila reinforced that Taylor Hayes (Krista Allen) has been especially kind to her. Taylor’s willingness to forgive and offer Sheila a second chance gives Sheila hope that Steffy will eventually be persuaded to follow suit.

But the audience knows that if Taylor or anyone else ever learns that Sheila is responsible for Brook’s sobriety being broken any consideration Brown’s character has been given will instantly end.

Besides feeling that Taylor’s presence protected her unwanted mother-in-law, she also realized that Taylor’s approach with Sheila appears to be working. Brown’s character has not caused any trouble that Steffy knows about. Diverted attention could lead to Sheila being granted more time with Finn.

While Sheila is not trusted, she is not Steffy’s main concern right now. Instead, Brooke betraying Ridge Forrester (Thorsten Kaye) with Deacon Sharpe (Sean Kanan) is at the top of Steffy’s hit list.

Once the above drama drops, or possibly as it does, it should be Sheila’s turn in the spotlight. Whether she can avoid exposure is yet to be seen on B&B.