The Bold And The Beautiful Spoilers: Deacon Blabs About Kissing Brooke To Sheila! 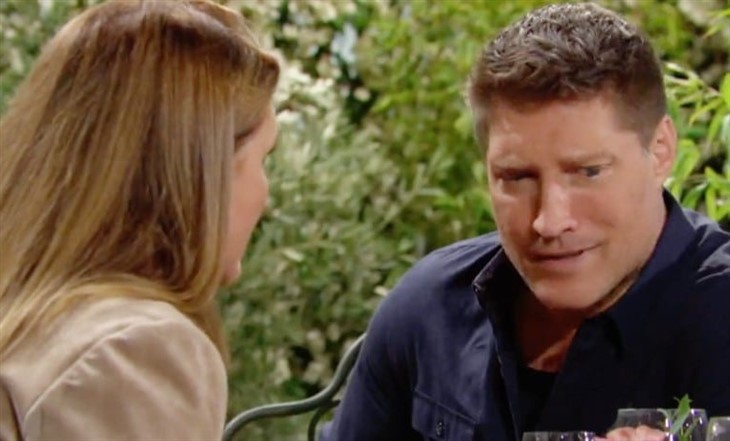 Viewers of The Bold and The Beautiful will recall it was getting more and more difficult for Brooke not to tell Ridge Forrester (Thorsten Kaye) the truth about New Year’s Eve. Brooke knew if the secret got out that not only was the Santa Claus she was kissing Deacon, but that he spent the night – even though they did not have sex.

That was the one relieving caveat to Brooke, although when she first woke up with Deacon on her bed beside her that was what she feared. The problem is she has no proof one way or another, the only person who could corroborate the story is Deacon, and who’s going to believe him? Viewers of The Bold and The Beautiful now see Brooke reeling, now that the truth is out and Ridge knows, and not only does he know, Brooke worries Ridge will kill Deacon and then divorce her!

B&B Spoilers And Updates – Sheila Carter Listens To Every Detail, Satisfied Her Plot To Ruin Brooke Forrester’s Life Is Working

Their prison records in common are something they would obviously rather forget about although it does give them a level of understanding of each other, and a commonality. Deacon still suspects that Sheila somehow may have had something to do with Brooke’s losing her sobriety that night, although he hasn’t yet been able to prove it. When Ridge hunts down Deacon at Il Giardino, Sheila is hidden but sees and hears every gory detail as he starts a brawl in the supply closet and gleefully realizes her revenge on Brooke has been successful!

Viewers of The Bold and The Beautiful will see after Ridge’s confrontation of Deacon and the ensuing brawl, Sheila will dig for all the gory details about New Year’s Eve – much of it absolutely none of her business! Of course, as The Bold and The Beautiful viewers will recall, Steffy Forrester (Jacqueline Macinnes Wood) has been promoting the worst case scenario with only video surveillance proof that Deacon came to Brooke’s house and left the next morning.

The Bold and the Beautiful Spoilers: The Deacon Secret Is Out – Brooke Takes To The Bottle? #BB #boldandbeautiful

Taylor Hayes, (Krista Allen) who told Ridge that Deacon spent the night, went by Brooke’s past patterns of infidelity, assuming there was much more than Douglas Forrester’s (Henry Joseph Samiri) seeing the kissing. This is what Ridge tries to beat up Deacon over – and Sheila wants to know “how far” Deacon and Brooke “went”! Deacon finally, to get Sheila off his back, admits to the kiss in the Santa Claus hat, but that there was nothing else – that’s his story and he’s sticking to it much to Sheila’s disappointment!