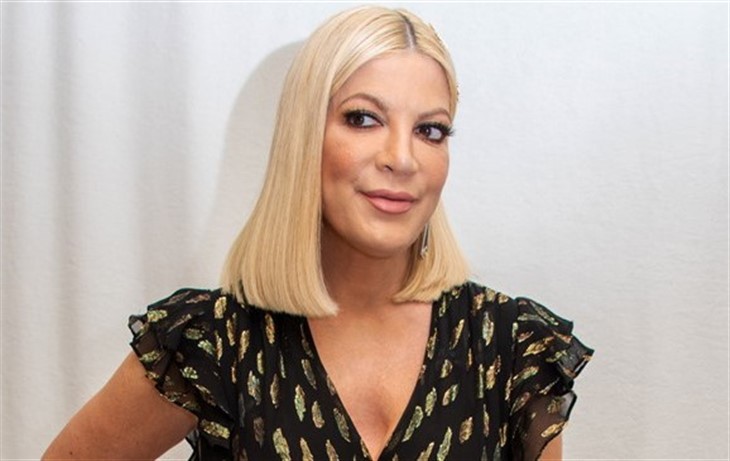 Tori Spelling recently revealed that she’s returning to reality TV with a “new show” that will chronicle her family life, despite marriage troubles with Dean McDermott.

According to The Sun, the former 90210 star, who expressed interest in her own spinoff series, has officially begun recording. In a recent exclusive interview with The Sun, the 48-year-old revealed that she would be returning to TV with a new reality TV “cooking show.”

In the interview Spelling explained that the new show was a mix of reality, food, and cooking because she loves to “cook and bake and do DIY with [her] family.” She went on to say that any of her fans who love that part of her are going to love her new series.

The former Tori and Dean star said that fans will get to see “kind of a fall out of reality and life” and that the show would premiere in the Summer of 2022.

Apparently, the author has already begun the filming process judging from an Instagram Story she shared on Tuesday, February 8 that appeared to be on the set. She captioned the post with, “This goddess [Morgan Hildebrand] is guest-starring on my show today.”

Readers may recognize Hildebrand from The Masked Singer. Spelling shared another shot of a room filled with her dog, Monty, lounging amid some camera equipment, captioning, “Day 1 of filming my new TV show, and Monty already made himself real comfortable with the camera crew.”

She told cameras that when she did the first season of her docuseries True Tori, “It felt like it was an important message.” Spelling explained that the show was her way of getting her own narrative out there because everyone else had been telling her story.

Fans may recall that in November of last year the Tori & Dean: Inn Love star told E! News that her marriage to Dean McDermott “has been over for a long time” and that she “plans to file for divorce soon.”

The two share five kids together Liam, 14, Stella, 13, Hattie, 10, Finn, nine, and Beau, four. Be sure to stay caught up with Tori’s new venture and return here often for more spoilers, news, and updates.