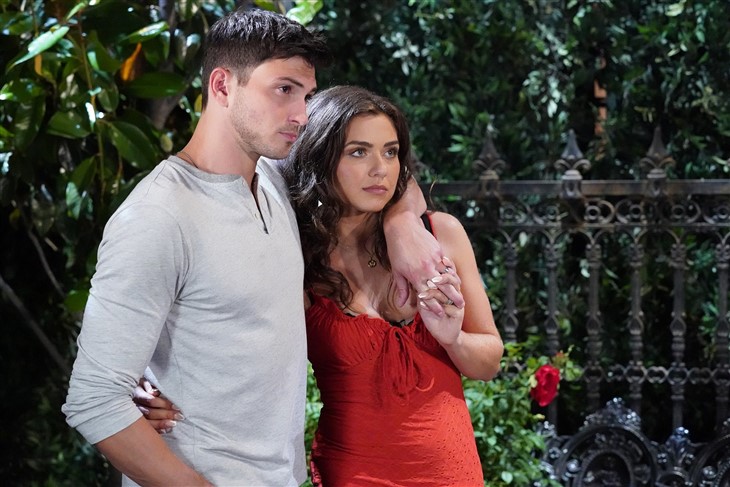 Days of Our Lives Spoilers tease that Ben Weston (Robert Scott Wilson) and Ciara Weston (Victoria Konefal) have endured much in the course of their Salem romance. So perhaps it’s time that they say goodbye and start a new life somewhere far away. These two have dealt with so many obstacles during their time together, perhaps they need a little happiness far away.

Days Of Our Lives Spoilers – Ben Weston Was Once A serial Killer Known As The Necktie Killer!

Ben had quite a history in Salem before he even met Ciara. Having been spurned by Abigail DiMera (Marci Miller), Ben’s mental health issues turned him into the Necktie Killer. Ben killed several people before he was captured and began treatment with Dr. Marlena Evans (Deidre Hall). Once been had the right medication, he was released and allowed to go free. But the citizens of Salem were understandably wary of Ben’s recovery, despite Marlena’s assurances.

Ciara wrecked her motorcycle and broke her leg when Ben found her. He took her to the Horton cabin and once trust was earned, they began to fall in love. But Ciara’s family wasn’t happy about her falling in love with a known killer. Ben eventually won them over, but his past kept coming between them. But eventually they married and after a lot more trauma, the two seemed to be ready to have a baby!

Days Of Our Lives Spoilers – The Devil Is In The details!

It was around this time that the Devil possessed Marlena once again. She wanted the baby for her own nefarious purposes. Eventually, the devil moved from Marlena to Johnny DiMera (Carson Boatman) but Ben and Ciara will likely defeat the devil once again. But after all that, perhaps it’s time for the couple to move to greener pastures. With a new baby in tow, Ben and Ciara can start a new life far away from the trials and tribulations in Salem. But will trouble follow them even as they try for a fresh start? Could a new serial killer in town draw Ben back to Salem?

Will Ben and Ciara save their baby from the devil once and for all? Is it time for them to leave Salem for awhile? Where should they go? Anything can happen in Salem so stay tuned to Days of Our Lives airing weekdays on NBC. And don’t forget to check back right here regularly for all your Days of Our LIves news, information and spoilers!