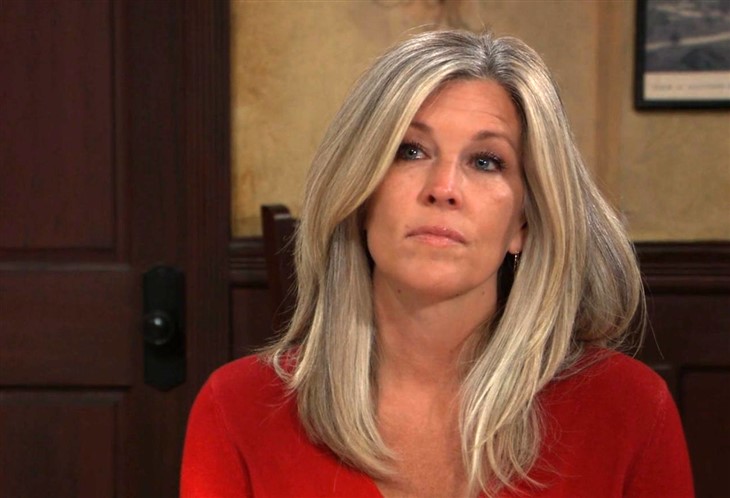 General Hospital (GH) spoilers and updates tease Carly Corinthos (Laura Wright) has been trying to decide on what she wanted to with her marriage. Carly and her husband Sonny Corinthos (Maurice Benard) have been having trouble reconnecting. Sonny was gone from Port Charles for nine months.

Sonny had amnesia and lived a life in Nixon Falls with Nina Reeves (Cynthia Watros). Sonny got back his memories and wanted to make his marriage to Carly work again. Sonny had arranged a romantic encounter on the Haunted Star for Carly. Sonny did not believe that Carly would come to the Haunted Star. Carly decided to come but was shocked to find that Sonny and Nina had slept together.

Carly and Sonny have a complex history. Sonny has been with other women in his past that have been important to him. Sonny had been in a relationship with Brenda Barrett (Vanessa Marcil) that was serious. Carly found that she could wait for Sonny to decide to be with her again. Carly has been upset over the connection that Sonny and Nina have.

Carly has not been able to understand the loyalty that Sonny has to Nina. Carly has been upset that Nina knew that Sonny was in Nixon Falls and did not tell anyone. Carly was shocked when Sonny admitted that he did not feel like Nina’s victim. Carly knew that Nina wanted to be with Sonny. Carly is heartbroken because Sonny and Nina have been together. Carly had wanted to try to give Sonny another chance. Carly is going to have to make a difficult choice about her marriage to Sonny.

Carly has found that she has been able to turn to Drew Cain (Cameron Mathison) for help. Drew is Jason’s twin brother. Drew has wanted to help Carly to figure out what she wants to do about her relationship with Sonny. Carly has thought about Drew as her friend. Carly may start to think that she might want to be more than friends with Drew. Carly may feel that she cannot go back to Sonny. Carly may find that Drew might be a good match for her.

General Hospital Carly has to make a decision. Carly has been able to find a way to get Sonny to come back to her in the past. Sonny cares about Nina but he may be able to let her go. Will Carly decide to fight for her marriage and get Sonny back to her? Carly may believe that she should move on with her life.

She may believe that she needs a fresh start with someone new. Carly has made a connection to Drew. Will Carly decide to pursue a relationship with Drew? Be sure to catch up on everything happening with GH right now. Come back here often for General Hospital spoilers, news, and updates.