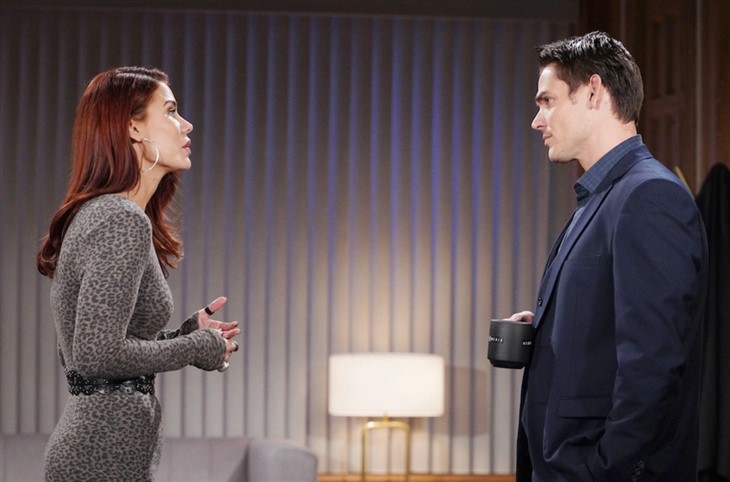 The Young and the Restless spoilers document that Adam Newman (Mark Grossman) and Sally Spectra (Courtney Hope) follow through on their agreement to begin a relationship. Crossing that threshold creates implications for those they are connected to, especially all who are power players at Newman Locke.

Victoria Newman Locke (Amelia Heinle) does not know it, but Sally was an influential force in Adam’s choosing to remain with the company following the Newman Media purchase. Victoria anticipated her brother bowing out. But he decided to call her bluff.

The Young And The Restless Spoilers – Landscape Shifts Dramatically This Winter

Adam was no threat to Victoria while he was working at Newman Media. Grossman’s character sported a top title but was monitored by their father.

The Young And The Restless (Y&R) Spoilers: Adam and Sally Make Love, Pay The Ultimate Price?

Now, after Victor accepted Victoria’s pitch, which was somewhat coerced by an infringement lawsuit, Adam is part of Newman Locke. That is not good for Victoria long-term, though she is telling her husband Adam can be handled. Ashland has his doubts.

Y&R Spoilers – Sally Spectra Is Who She Is

Sally, like Victoria, is who she is. A comparison is apt between these seemingly opposite people.

Victoria has had to work to achieve what she has, no matter what people like Sally, or Adam, may think about her being Victor’s golden child. Victoria has survived her father’s excessive meddling and wrongful interference in her adult personal life, with the Billy Abbott (as then played by Billy Miller) wedding day arrest ranking among the Moustache’s most egregious acts.

Sally achieved as an underdog. The chip on her shoulder is eight miles high because she believes people do not give her proper respect.

The Young And The Restless Spoilers – Victoria Newman Locke Overwhelmed

Victoria and Sally have more in common than they think. But because they are alike, continual clashes are likely.

Along with underestimating Adam, Victoria believed Ashland told her his complete backstory. Teasers indicate that is not true, with the Peru clinic scandal appearing to be huge.

So, Adam is in the door. Victor believes in his youngest son’s potential and is not pleased with his oldest child’s overall business performance. Combining all of the above with Victor’s erratic nature implies Victoria, not Adam, is on the soapy hot seat on Y&R.