Days Of Our Lives Poll: Who Is The Most Boring Salem Pair Right Now? 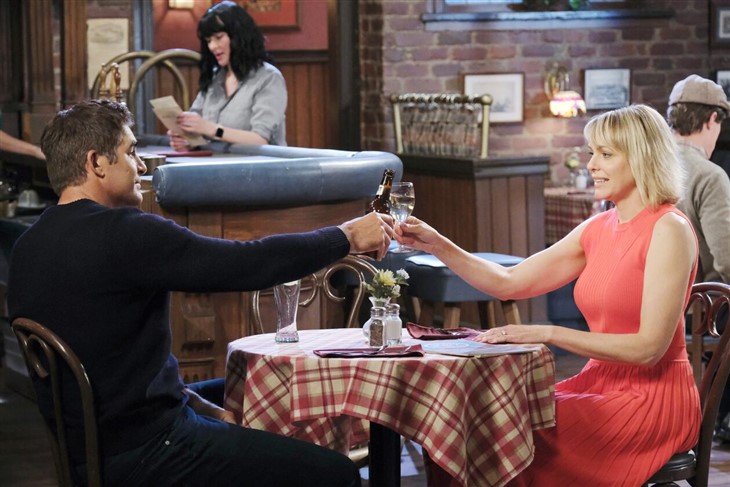 Days of Our Lives spoilers reveal some of your favorite and not-so-favorite pairs continuing to stir up drama after the Winter Olympics break. They may also leave you bored stiff as not every pairing comes with explosive chemistry. Which Salem pair is the most boring right now? You tell us!

Days of Our Lives – Do Rafe Hernandez And Nichole Walker Put You to Sleep?

For some reason, DAYS decided to pair Rafe Hernandez (Galen Gering) and Nicole Walker (Arianne Zucker) after Greg Vaughan left the role of Eric Brady behind just after Eric and Nicole got married. It was a slow build from friendship to romantic feelings that all revolved around a Teddy bear they shared custody of that they won at a carnival. That’s how boring couples typically start

At the moment, Rafe’s girlfriend, Ava Vitali (Tamara Braun), is enacting revenge on the police commissioner for cheating on her with her BFF, Nicole. As for Nicole, she seems to have much more chemistry with EJ DiMera (Daniel Feuerriegel) than she does with Rafe. Can Rafe and Nicole win the trophy for most boring?

DOOL Spoilers – What Are Jake Lambert And Gabi Heernandez Even Doing?

While the chemistry was there between Camila Banus and Brandon Barash when Barash played Stefan DiMera, it falls flat now that he is Stefan’s long-lost twin auto mechanic Jake DiMera. This pair can never seem to make up its mind what it wants to do and has been trying to take over Titan industries for nearly half a year already, playing the same boring scenes day after day after day. Do they make you snore the most?

While we know that Tripp Dalton (Lucas Adams) wasn’t Allie Horton’s (Lindsay Arnold) rapist — it was his half-brother, Charlie Dale (Mike Manning) — she was still convinced that Tripp raped her at one time, which made her decision to date him weird enough as is.

Days of Our Lives News: Ron Carlivati Explains Why The Soap Was Left With No Cliffhangers Before The Olympics #DOOL #DaysOfOurLives #Dayshttps://t.co/zoqRohmPZs

And, it turns out, they are kind of bland together and do not have much chemistry. Allie does seem to have more chemistry with Chanel Dupree (Raven Bowens), but both women seem to not want to admit to being in love with one another yet. So, who is Salem’s most hum-drum pair? Let us know in the Days of Our Lives poll below. Come back here often for more Days of Our Lives spoilers, news and updates.