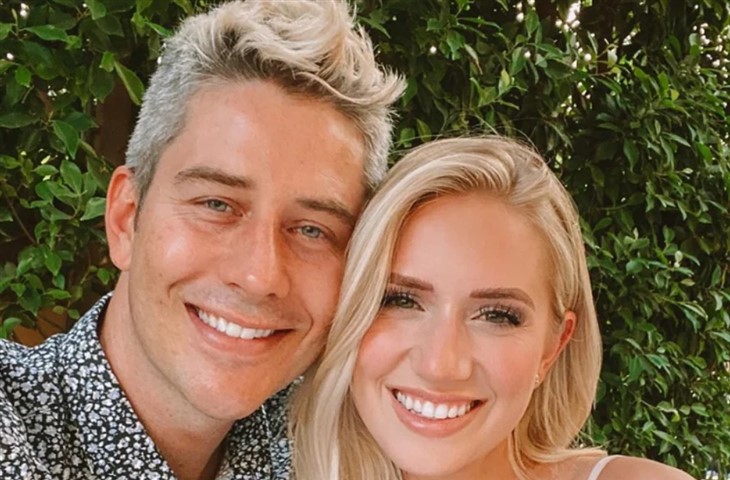 Bachelor lead Arie Lyuendyk was the runner-up in Emily Maynard’s Bachelorette Season. Later, he went on and featured in Season 22 and ended up torn between two people. At the time, he was a bit of a villain but he and Lauren Burnham ended up together and apparently seem blissfully in love. So, why did ABC fans think he cheated on her?

For some rather strange reason, Emily Maynard rejected him. However, she claimed that she loved him, so no wonder he sounded confused and hurt. Anyway, he later hurt Becca Kufrin and fans slammed him as he should know how much rejection can hurt. Recall, he fell in love with both Becca Kufrin and Lauren Burnham. In the end, he chose Becca.

Dancing With The Stars (DWTS) News: Derek Hough’s Las Vegas Residency Is Back On!

Bachelor fans grew angry with Arie because, after a few weeks, he dumped Becca and went after Lauren instead. Well, it seemed to work for him and he and Lauren raise three children. Little Alessi arrived in 2019. Then in June last year, they welcomed their twins,  The racing car driver and his wife seem like devoted parents and they live a great life. So, what happened?

This week, Arie shared a photo in his stories of a woman who looked vaguely similar to Lauren. However, she had much darker hair. Well, fear not, fans, he actually shared a photo of Lauren with her new look. Still, when she posted a photo, some fans asked him if he felt like he cheated on her. After all, she looks very different. When he saw the photo, Arie commented, “I’m shook 😍.”

Bachelor fans commented on the change that Lauren adopted. One of them said to Arie, “@ariejr the other woman 🔥😂.” Then another one wrote, “@ariejr does it feel like you’re cheating on your wife!! Hehe 😜.”

This comment also arrived: “when you posted this pic on your story, I was like oh man does Lauren know you’re looking at other women! 😂 It took me a second. This look is 🔥tho 😍🙌.”

Dancing With The Stars (DWTS) News: Derek Hough’s Las Vegas Residency Is Back On! https://t.co/YAm4XgRUhh pic.twitter.com/wwkyExiVww

The Bachelor – What Are Your Thoughts On Lauren Burnham’s New Look?

Bachelor fans described the new looks as “stunning” and “beautiful” and more. One of them told Arie, “@ariejr I had to look twice. 😳 she is beautiful either way!” Meanwhile, others couldn’t get over how her new color makes her eyes pop. What do you think about the transformation of Arie’s wife? Sound off in the comments below.

Be sure to catch up on everything happening with the ABC franchise right now. Come back here often for more Bachelor and Bachelorette spoilers, news, and updates.