Is Michonne Returning To The Walking Dead? 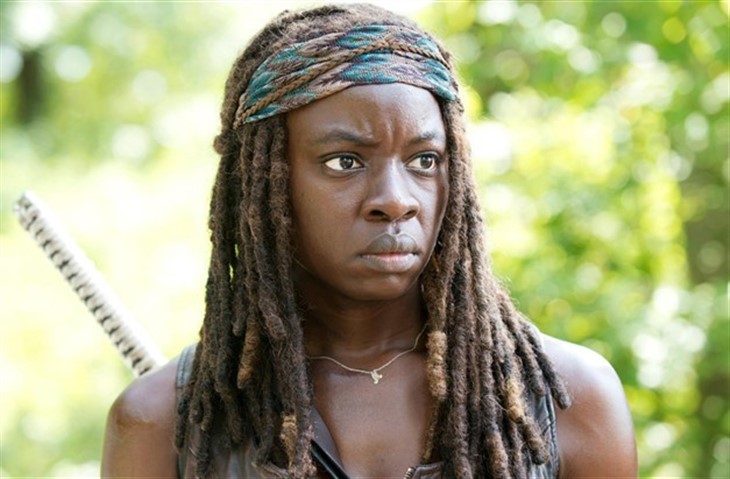 The Walking Dead spoilers and updates tease that fans are wondering if Michonne Hawthorne (Danai Gurira) will be returning to the show before it ends. Some think that she’ll reappear together with Rick Grimes (Andrew Lincoln) before the end.

Viewers of The Walking Dead are always waiting for fan favorites to return to the show. The top two characters that they want to see once again are Rick and Michonne. Will she finally come home?

Fans may recall that in season 10, Michonne found out that Rick Grimes survived the explosion in the bridge. Judith Grimes (Cailey Fleming) encouraged Michonne to find him, which she eventually did. Both Judith and little Rick Grimes Jr. (Antony Azor) have struggled to survive without their mother with them.

Given that it’s the final season, Rick and Michonne may come home, at least that’s what fans feel would happen. It’s been made known for a while now that Rick will return, not in the TV series, but in the upcoming movies. However, there’s still no news as to when these films will be released.

As for Michonne, since she’s on a quest to find Rick, it’s possible for her to appear in the films, too. Fans may even be treated to a Grimes family reunion, although there’s no confirmation about this for now.

The only ones who know that Rick is still alive are Michonne, Judith, Jadis (Pollyanna McIntosh), and Virgil (Kevin Carroll). Judith still needs to tell the others like Daryl Dixon (Norman Reedus) and Carol Peletier (Melissa McBride). She may be having second thoughts because she fears that they may go off and look for Rick, too.

The Walking Dead Season 11 Part 2 is scheduled to return on Sunday, February 13 on AMC+ and February 20 on AMC. This will be the second installment of the show’s final season. Part 3 is scheduled to premiere later in 2022.

Part 2 will pick up where October’s Part 1 finale left off. The first episode titled “No Other Way” won’t be the beginning of the second installment but the end of the first one.

The survivors of The Walking Dead have faced a lot of enemies through its 10 seasons. Now, Carol, Daryl, Eugene Porter (Josh McDermitt), and Maggie Rhee (Lauren Cohan) will face another predicament. They’ll have to deal with the Commonwealth.