Days Of Our Lives Spoilers: Abigail Attacks Kristen, Searches For Her Fellow Hostages! 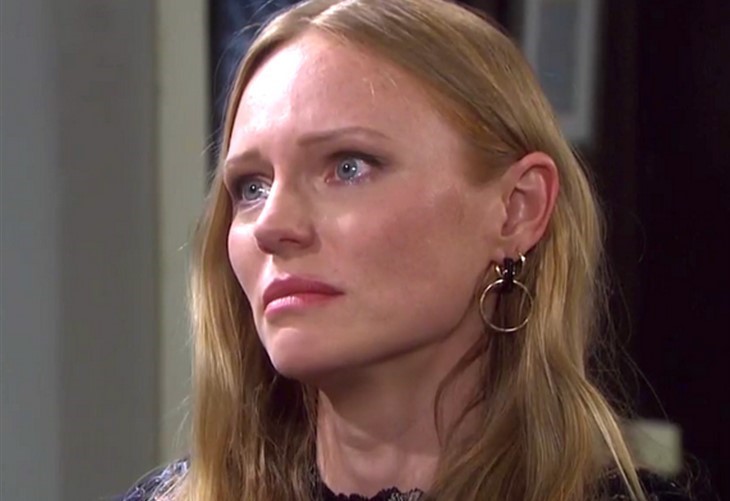 Days of Our Lives (GH) spoilers and updates tease that Abigail DiMera (Marci Miller) will turn the tables on Kristen DiMera (Stacy Haiduk) as she attacks her, and searches for her fellow hostages in an upcoming episode of Days Of Our Lives!

Days of Our Lives viewers know that Abigail has not just been a compliant little hostage for Kristen in recent episodes of Days of Our Lives; the two have had several confrontations! Kristen offered her some peach pie like she’d given Sarah Horton (Linsey Godfrey) who was locked in a bedroom, but Abigail wouldn’t touch it, figuring it was poisoned or there were drugs in it!

Kristen pulled a gun on her when she tried to search around the room the first time, and made her stay put – telling her some had tried to escape but died on the island. How recent that history was is anyone’s guess, but Kristen was trying to put some fear into the feisty Abigail to discourage her from trying to escape the house they were in and go exploring! Kristen would rather not all her captives find one another and banded together against her if she can possibly help it!

Days of Our Lives spoilers tease that Abigail will turn the tables on Kristen somehow, and break out of the house that they are in, possibly getting control of Kristen’s gun and tying her up! Perhaps she’ll then either search the rest of the rooms in the house and find Sarah, or she might find evidence she’d been there – Sarah also makes a decision of her own and breaks out of her bedroom! Days of Our Lives viewers will also see that Steve and Kayla Johnson (Stephen Nichols, Mary Beth Evans) will break out of the bunker they were locked up in and they will run into Sarah, who will seem a little “off”.

And no wonder – she got a syringe full of the same drug straight to the bloodstream that caused Abigail to go into a psychotic break for over a year when she only drank a couple of drops! However, it doesn’t look like Abigail finds Steve, Kayla and Sarah this trip out of the house although she’ll make some other shocking discoveries!

Days of Our Lives viewers can expect that eventually, all the captives will meet up and Sarah, Steve, Kayla, and Abigail will band together against Kristen – but the question is, who else might be there? Might Kristen have some henchmen hidden around the island, or someone else possibly thought to be dead living on the island – after all, someone had to take care of Sarah when Kristen was gone!

Perhaps she rescued someone else from that warehouse in Nashville and used Dr. Wilhelm Rolf’s (William Utay) serum to bring him back to life; maybe Andre DiMera (Thaao Penghlis)? Days of Our Lives viewers will remember Andre impersonating Tony for twenty years while imprisoning him on an island, and this could be the same island!