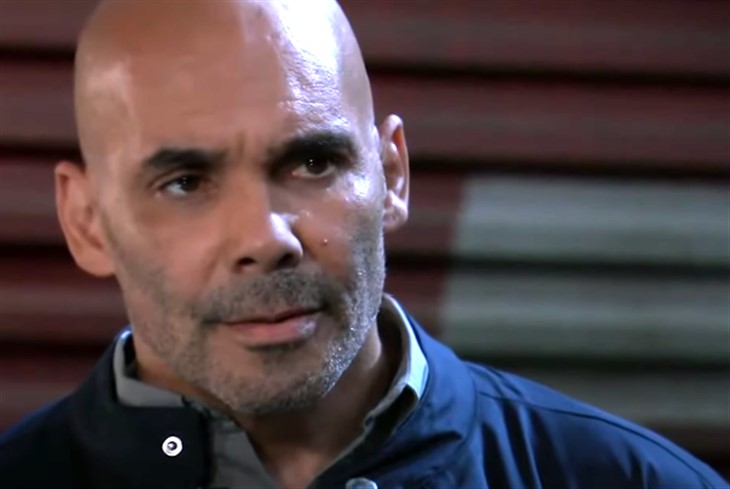 General Hospital spoilers tease that Trina Robinson (Sydney Mikayla) isn’t one to whine to her parents when someone doesn’t like her. But Esme Prince (Avery Kristen Pohl) has really gotten under Trina’s skin so when Marcus Taggert (Real Andrews) and Dr. Portia Robinson (Brooke Kerr) picked up on the animosity between the two women, the wanted to deal with Esme themselves. But Trina is a young adult and can handle her own issues. But that doesn’t mean Taggert, a former cop can’t do a background check on Spencer Cassadine’s (Nicholas Chavez) insufferable girlfriend.

Esme was adopted at childbirth and her adoptive parents were adequate until they divorced and Esme felt alone. Taggert will likely find that one or both of Esme’s adoptive parents died under mysterious circumstances. But if they are alive, Taggert could easily locate them just to make sure everything is fine. But it’s likely if either of Esme’s adoptive parents are still alive, that they are terrified of Esme. Once Esme found her birth father was a serial killer she became obsessed and that’s when they distanced themselves as much as they could.

Whatever Taggert finds out it will likely be enough to continue to investigate. He won’t want to warn Trina unless he gets concrete evidence since she told him to stay away from Esme. But if Esme is the daughter of Ryan Chamberlain (Jon Lindstrom) as Taggert will come to believe he will race against time to get to Trina before something bad happens. But Taggert should be careful, because if Esme discovers that he knows her secrets, it may very well be him whose life is in danger!

General Hospital Spoilers – Marcus Taggert May Not Survive If He Digs Too Deep Into Esme Prince’s Past!

Taggert may get so caught up in his investigation that he lets his guard down. Esme could very well have decided to follow in Ryan’s footsteps and begin a killing spree of her own. And if Taggert gets too nosey, he might die before he can warn Trina. Esme has already set fire to Ava Jerome’s (Maura West) car and spiked Trina’s drink with powerful painkillers. Murder is not that far fetched for Esme. She might even be looking forward to it.

Will Taggert take it upon himself to look into Esme’s background? Will he turn up nothing or is there something that makes Taggert this Esme is dangerous? Is Esme really Ryan’s daughter? Anything can happen in Port Charles so stay tuned to General Hospital airing weekdays on ABC. And don’t forget to check back right here regularly for all your General Hospital news, information and spoilers!