Days Of Our Lives: Jackee Harry Stars In New Thriller 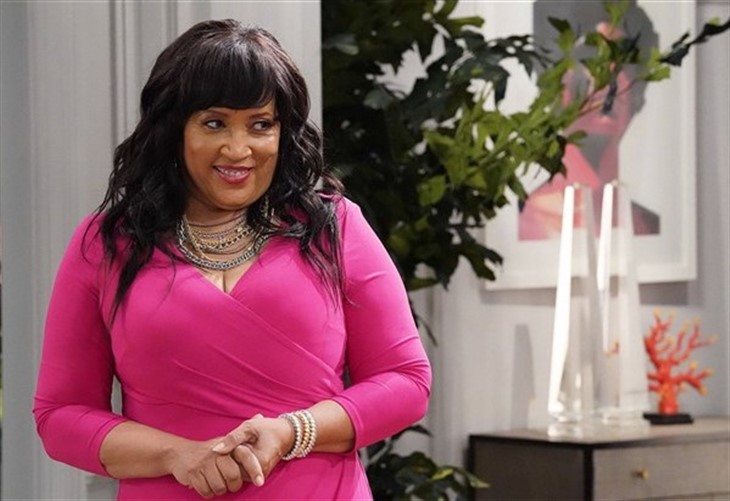 Days Of Our Lives spoilers and updates tease that Jackee Harry, who plays the role of Paulina Price on the daytime drama, has landed a gig in an upcoming thriller film called Killer Design.

The film is currently in post-production and is scheduled to be released sometime in 2022. Harry will take on the role of Dr. Farber. Other cast members include Sara Armstrong as Jodi and Chelsea Gilson as Wendy.

Lani Price-Grant (Sal Stowers) doesn’t trust TR Coates ( William Christian) but she’ll give him a chance anyway. Paulina Price (Jackee Harry) is terrified of the man given all the abuse she had to endure when she was with him those years ago.

Days Of Our Lives Spoilers: Abigail Attacks Kristen, Searches For Her Fellow Hostages!

TR was used to call “Ray” back in the day. He’s cruel, controlling, and abusive towards TR. Paulina eventually decided to keep her daughter away from him.

Paulina is now being hunted by her past when TR arrived in Salem. He knows that he is the father of Lani and he’ll do whatever he can to be a part of her life. Paulina doesn’t believe that he’s a changed man but Lani will give him the benefit of the doubt.

Lani is confused and furious about the deception. She may reject TR at first as she struggles to sort out her emotions following the shocking revelation. But she’ll eventually calm down and give her father a chance.

Lani loves Abe Carver (James Reynolds). She wants him to feel that she still considers him as her real father. She has no plans of letting TR replace Abe but she may give him a chance to be a father to him, next to Abe, if he manages to prove that he’s changed for the better.

As for TR, he’ll continue to plead to his daughter to connect with him as her father. He’ll be persistent, which could be one of the reasons why she’s willing to get to know him better. If that’s the case, Lani will defy Paulina’s orders.

Lani may ask TR to keep their meetings a secret but the latter will hope that one day, he’ll become part of the family. TR may look like he’s a changed mine. But the question is for how long.