The Bold And The Beautiful Spoilers: Ridge Crosses The Line – Deacon Motivated To Win 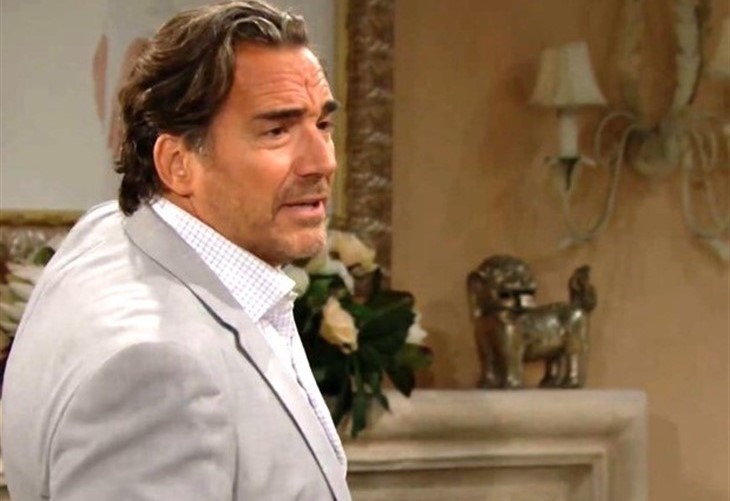 Brooke’s arrival was rather soapy. It just so happened that she came to Il Giordino’s storage closet, where she had not previously been, and intervened.

Ridge crossed the line in attacking Deacon. But Brooke countered her husband’s behavior when forcefully questioning what happened and telling him that Deacon did nothing wrong on New Year’s Eve.

The Bold And The Beautiful Spoilers – Chaos In The Storage Closet

Who knew that such chaos would ensue in the storage closet that doubles as Deacon’s home? Well, apparently Ridge planned for that to happen.

Ridge left the mansion, intent on, as he said, making things right. Instead, he made them wrong.

Deacon could pursue criminal charges against Ridge. Considering that both men badly damaged elements of Il Giordino’s property, Deacon could lose his job and be kicked out of his temporary residence.

It is rather ironic because Ridge was right in telling Brooke that her acceptance of Deacon’s return to town, following his release from jail, would lead to trouble. It has, ten-fold.

Brooke is the love of Ridge’s life, as he told her, and she assuredly told Taylor. That defines why he behaved as he did toward Deacon. Ridge did not make things right. He exacerbated the situation.

The Bold And The Beautiful Spoilers – Deacon Sharpe Breaks Loose

Deacon has been keeping a lid on his temper. His feelings for Ridge are not a secret. But he has contained them in deference to his daughter and the love of his life, Brooke.

Ridge will not be able to overlook Brooke’s tell about Deacon being innocent. Kanan’s character made a mistake in drinking with Brooke, which she has inexplicably dismissed. Then, there was the kiss and waking up the next morning with Deacon aside her.

Brooke was wrong in her analysis. Now, she is defending Deacon?

Fans know that the breaking point has arrived. Ridge has a lot to think about and some decisions to make about his marriage to Brooke on B&B.