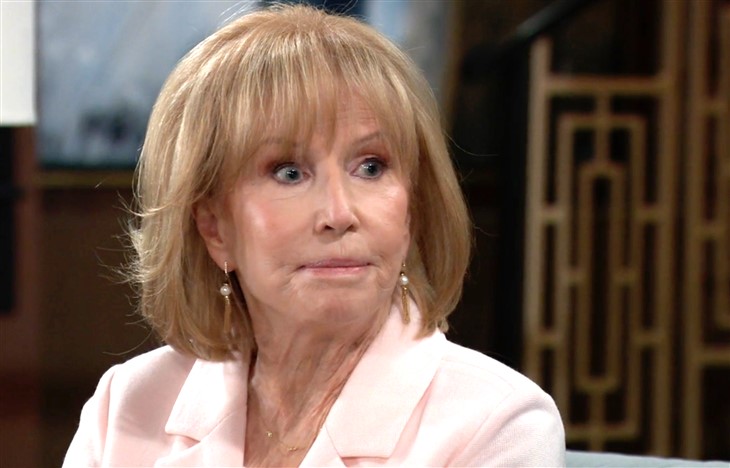 General Hospital (GH) spoilers and updates tease Monica Quartermaine (Leslie Charleson) is the heart of the Quartermaine family. Monica has been able to help many in her family to be able to overcome their problems. Monica can see that her grandson Michael Corinthos (Chad Duell) and his girlfriend Willow Tait (Katelyn MacMullen) are having difficulties with their relationship. Monica believes that Michael and Willow are good for each other and does not want them to part.

Michael has been trying to deal with the problems that have come from his parents Sonny Corinthos (Maurice Benard) and Carly Corinthos (Laura Wright). Sonny and Carly are having trouble with their marriage because Sonny has feelings for Nina Reeves (Cynthia Watros). Michael has been upset with Sonny for not believing that he was Nina’s victim. Sonny had amnesia while he was in Nixon Falls. Nina kept the fact that Sonny was alive from his family. Michael does not know if Sonny and Carly will be able to get back together because Sonny is still close to Nina.

Michael has been trying to decide if he wants Nina to be in his son Wiley Quartermaine-Corinthos’ (Viron Weaver) life. Nina is Wiley’s grandmother. Michael and Willow have had trouble finding common ground over Nina being in Wiley’s life. Monica has wanted to help Michael to be able to figure out if he can trust Nina to be a grandmother to Wiley. Monica has seen that Michael and Willow have had problems with each other over Nina and Wiley. Monica wants to help Michael to figure out how to deal with his parent’s issues.

GH Spoilers – Willow Tait Has Concerns About Her Mother