The Young And The Restless Spoilers: Victor Enlists Nate To Help Discredit Ashland 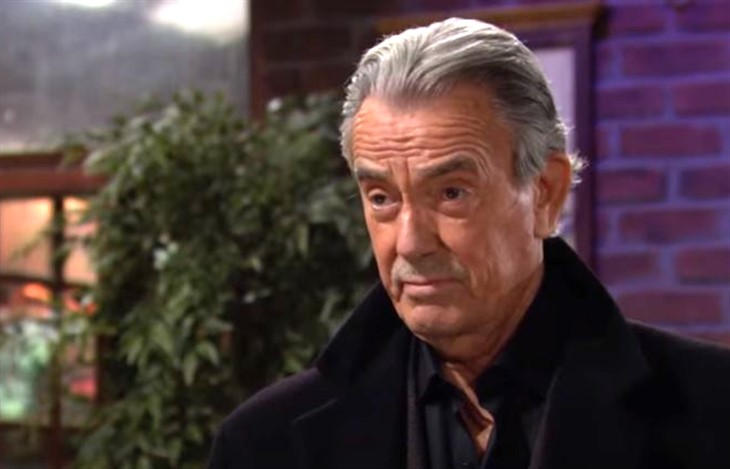 The Young And The Restless Spoilers: Michael Digs Up More Dirt On Ashland

Not only has Locke been acting like someone hale and hearty and healthy, he hasn’t lost any weight, looked pale, or exhibited any of the other telltale signs of either lung cancer or chemotherapy! Plus, he’s been throwing his weight around just a little too much, acting like he’s the boss when he’s supposed to be a team member and Victoria Newman-Locke’s (Amelia Heinle) equal. Victor is extremely suspicious of Ashland Locke making too many independent business decisions and that the “cancer” may be a ruse to cover up a hostile takeover!

Viewers of The Young and The Restless know that one thing that Victor hoped Michael could access were some medical files or at least some information about the so-called miracle protocol. Victor wants Nate to check out some medical files about the so-called miracle protocol and some records that may or may not pertain to Locke, because nothing has been found on him as a patient. What Victor is really looking for is for Nate to discredit Locke’s cancer diagnosis – he’s also suspicious that Locke has been glad handing Nate – wanting to give him a well-paying position in the company doing medical podcasts. It almost could appear as some kind of a bribe, and besides, Nate turned him down – Elena Dawson (Brytni Sarpy) has been doing that podcast and excelling at it – and asking Nate to be his best man at his and Victoria’s wedding-also very suspicious!

Viewers of The Young and The Restless will recall that Nate knows about all the experimental drug trials– it was Nate that found an experimental drug a few years ago that cured Victor’s own rare disease. Nate may no longer be a practicing surgeon, but that doesn’t mean that he’s not keeping up on the latest drug trials, experimental procedures and cutting-edge treatments because he often consults on cases!

Viewers of The Young and The Restless know that Nate will know if some protocol they’re using in Peru is for real or if it’s just a bunch of snake oil if he gets a look at it! And, even if there is a fake medical file on Ashland that Michael has been able to access he’ll be able to decipher it too, Victor just needs Nate to discredit either Ashland himself, his diagnosis, or his “cure” –either of those three things can be used like weapons!