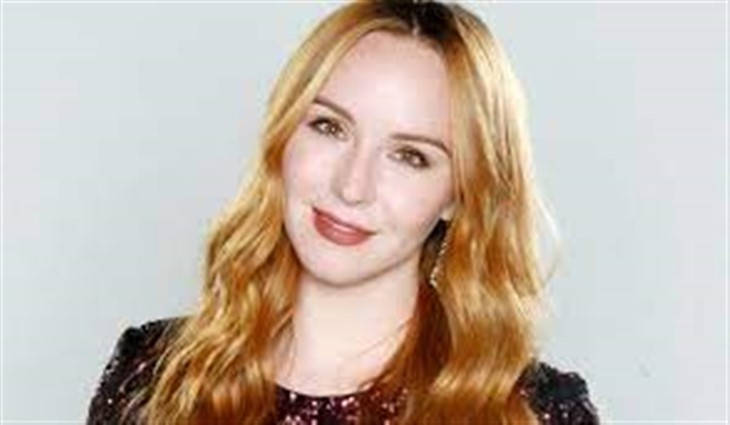 The Young and the Restless (Y&R) spoilers tease that soap characters frequently have to drink on camera, and sometimes fans get to wondering just what is in those glasses, especially when they are supposed be drinking liquor. Obviously there is no alcohol allowed on set but the actors have to drink something, and oftentimes the liquid is colored to match whatever beverage they are supposed to be downing.

The Young And The Restless Spoilers – What Are The Actors Really Drinking On Set?

Some characters have more imbibing to do than others—take for example the characters Nikki Newman (Melody Thomas Scott) and Billy Abbott (Jason Thompson) who have gone on past binges. Right now both are sober so there hasn’t been the need to see either swaying all over town.

The Young And The Restless Spoilers: Lauren Makes A Risky Decision To Hire Chelsea And Chloe

And there are plenty of scenes where a bartender hands a character an alcoholic beverage, or a character pours out what looks like bourbon or vodka into a glass and has a chug. And what about the times when a character orders a magnum of champagne at a fancy restaurant or an outraged character throws his or her drink in their enemy’s face? Wow, with all of this consumption going on, you’d think there would be a category for Best Supporting Drink?

Y&R Spoilers – Should There Be A Best Supporting Drink Category?

In case you missed it, there was recently a case of celebratory drinking for Teriah and the drink sounded yummy! Mariah Copeland (Camryn Grimes) and Tessa Porter (Caitlin Fairbank) are engaged and they celebrated big time, as they should—hopefully this will be their one and only engagement for their lifetimes.

The characters were drinking, wait for it, chocolate martinis. Did anyone else look up the recipe?

Camryn responded to the tweetstorm surrounding the drink, and shared what they were actually drinking. She confirmed for fans, “Yea cuz chocolate milk is life,” with a winky face emoji.

So that’s what they were drinking and toasting with—it still looked delicious. If you haven’t heard, the rumor is that soap opera vodka is water, whiskey is apple juice, and the cocktails are mocktails.

The Young And The Restless Spoilers – Teriah Are On A Roll

Explosive show spoilers reveal that Teriah are going to be riding an emotional roller coaster in the coming days. Tell us what you think Y&R fans, is it due to Noah Newman (Rory Gibson), their adoption plans, or something entirely different?