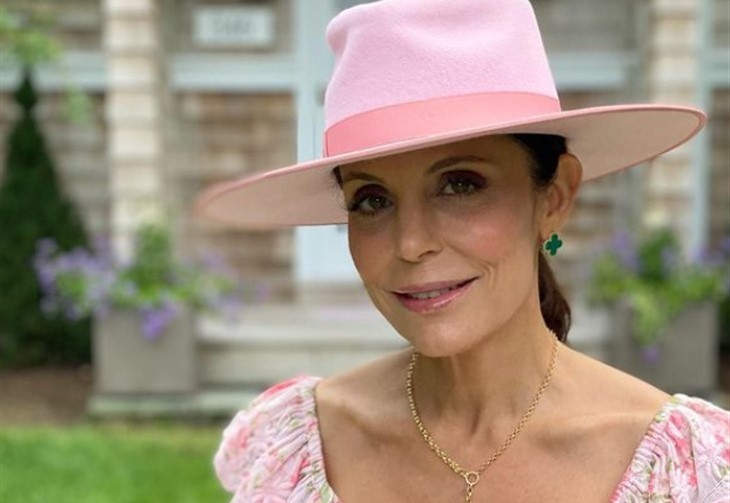 Bethany Frankel, who has herself dealt with a grueling and public eight-year divorce, advised Kanye West to “stay the course” and stop his social media rants during his divorce from Kim Kardashian.

On her Tuesday podcast, the Real Housewives of New York City veteran told listeners that her advice to the rapper would be, “You have to stay the course. You cannot go rogue and take matters into your own hands when it comes to the divorce and custody process. It will only hurt you.”

Continue reading to find out what else she had to say.

In the podcast, Frankel said that Kanye was “talking into the court of public opinion instead of talking to the court of the custody of your children,” adding that she believes West will only aggravate things further if he continues to try and rally the public behind him instead of keeping matters private.

“You cannot play to the court of public opinion and avoid the court of law,” the reality TV star wrote, Wednesday, alongside the clip of her podcast on Instagram. “Custody & Divorce is a process (albeit a sometimes long and arduous one)….you cannot beat the system,” she continued, saying he can’t PR his way out of it, and judges don’t like “sideshows.”

Bethany Frankel Cautions – ‘Anything Can Happen In A Courtroom’

The actress went on to say that West and Kardashian’s divorce was especially sensitive as the couple share four children together, North, 8, Saint, 6, Chicago, 4, and Psalm, 2. “Like a terrible storm or a personal loss, you simply must face challenges head on no matter how emotionally challenging that may be.”

She wrote that “Faith, hope, patience, will and survival” are what one needs to survive something this difficult and that, when dealing with children, the stakes are very high, and you cannot play games. “Anything can happen in a courtroom.”

Bethany Frankel Says Ye West Should Reel Himself In, For The Sake Of His Children

Frankel, who has full custody of her 11-year-old daughter Bryn whom she shares with her ex-husband Jason Hoppy, clearly has some experience in these matters and acknowledges that, sometimes, relationships just don’t work out, even when they start strong.

Speaking into the mike Frankel said, “Kim and Kanye were married for several years. He really adored her. They had this beautiful family and this great life and things then unraveled.” She went on to add that while the Yeezy mogul was taking the divorce hard he needed to reel himself in, for the sake of his children.

For his part, Kanye shared an image of himself Tuesday, captioning the Instagram post with an acknowledgment that he was working on his communication, and he even apologized for publicly venting about Kardashian. Be sure to keep up with the Kardashian/West affair and return here often for mo0re spoilers, news, and updates.