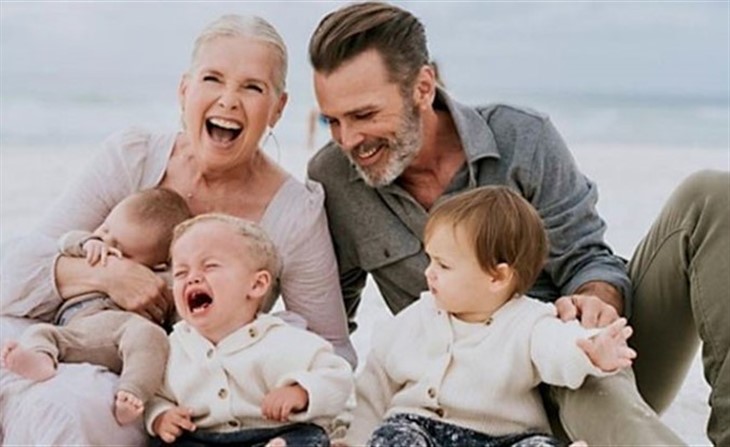 Days of Our Lives spoilers and updates tease that Melissa Reeves and Scott Reeves have exciting news to share. The real-life couple, who first met on the daytime drama, happily announced that they’re getting another grandson.

In an Instagram post, the actress shared that she and her valentine, Scott, are having an incredible adventure as grandparents, which she considers as the greatest blessing. The actress is thankful and excited to share that they’re expecting another grandson.

Days Of Our Lives Spoilers: Abe Takes Action To Protect Paulina And Lani From TR

The actress shared beautiful photos of Scott and their three grandsons. She also added a photo of their entire family. Prior to the announcement, Melissa Reeves shared photos of her grandchildren during the holidays with the caption, “[T]his was from tonight at our valentine dinner. The two had us laughing all night. what a team.”

Daytime stars took the comments to congratulate the actress. Among those who congratulated the Reeves were Tracey Bregman, Kristian Alfonso, Alison Sweeney, and Michelle Stafford.

Fans may recognize Melissa Reeves on Days Of Our Lives as Jennifer Horton Deveraux. She’s been sporadically playing the part since 1985. Fans last saw her grace the small screen during the Christmas holidays.

As for Scott Reeves, viewers may recall him from The Young and the Restless and General Hospital. He’s not been on any daytime drama since his last stint on GH between 2009 and 2013. It seems like both Melissa and Scott are enjoying spending lots of time with their grandchildren. 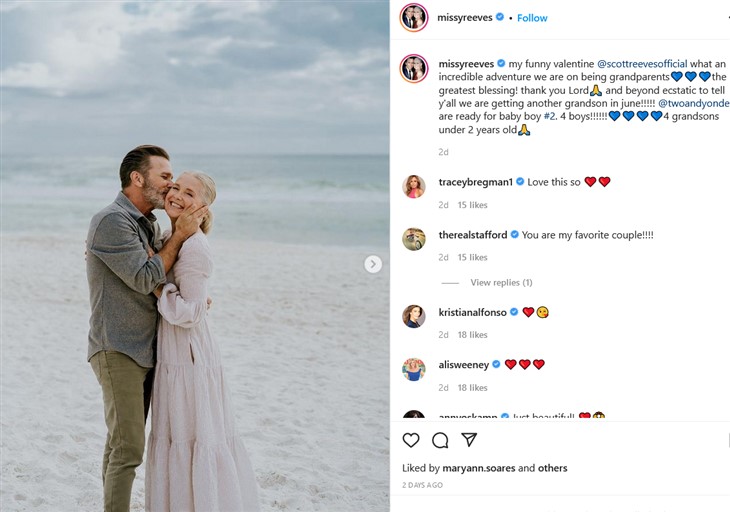 Days Of Our Lives Spoilers – For Week Of February 21

EJ DiMera (Dan Feuerriegel) will have a new cellmate and it’s no other than Clyde Weston (James Read), and they will both clash right away.

As for Sarah Horton (Linsey Godfrey), she’ll manage to escape the bedroom where she’s being kept hostage. She’ll find herself wandering the island. She’ll run into Steve Johnson (Stephen Nichols) and Kayla Johnson (Mary Beth Evans), who will also escape the storm shelter.

The pair will notice Sarah’s weird behavior and Kayla will think that she’s been drugged or someone’s controlling her in some way.