The Young And The Restless Spoilers: Adam Turns The Tables – Victoria And Ashland Are Overconfident 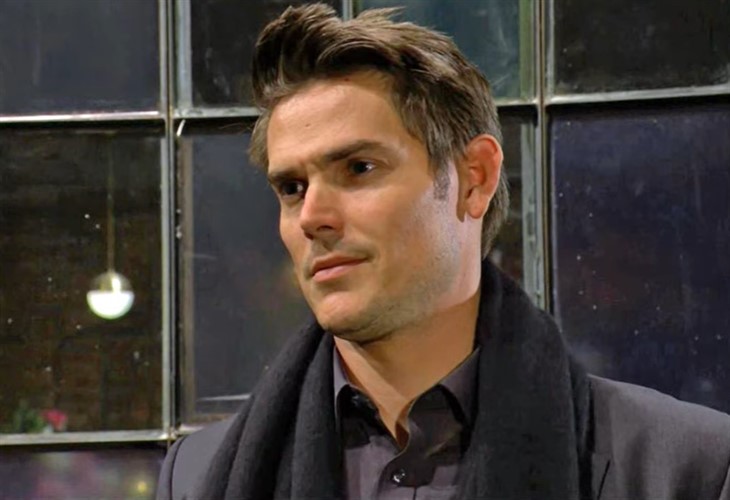 The Young and the Restless spoilers document Adam Newman’s (Mark Grossman) pick for Newman Media’s Chief Operating Officer was one that his older sister believes she used to her advantage. Victoria Newman Locke (Amelia Heinle) made sure to tell their father that Sally Spectra (Courtney Hope) was hired to handle a crucial role.

Of course, Victoria knew that Victor Newman (Eric Braeden) would be taken aback by Adam’s romance-driven pick. The Moustache high-tailed it to Newman Media’s main office where he had a tense conversation with his younger son.

The outcome led to Victor allowing Sally to stay on. The more important issue on Victor’s agenda involved him telling Adam to keep an eye on Ashland Locke (Robert Newman).

The Young And The Restless Spoilers: Lauren Makes A Risky Decision To Hire Chelsea And Chloe

The Young And The Restless Spoilers – Sally Spectra Stands Up

Victor walked in on Adam and Sally as they were about to kiss. That exchange followed a cavort they had a day earlier in that locked office.

Adam believes in Sally, who is his official girlfriend, significant other, future fiance, or whatever one wants to think of her as. What is more important is what Sally thinks of herself. She sees Adam as her access ticket to Genoa City, Wisconsin’s good life.

Victor sees Sally as an opportunist, with his reference of her shady past in Los Angeles, California being something that crossover fans of The Bold and the Beautiful witnessed. Sally stood up to Victor after Adam began defending her. In so doing, she eared Adam’s admiration and possibly, Victor’s grudging, potentially temporary respect.

Adam is not wrong about Sally. She has plenty of potential to become a good COO.

As Adam told his father, Sally revived her aunt’s fashion house, has finance and marketing experience and projects moxie. Victor believes Adam’s enthusiasm is based on non-business factors.

Victor does have good instincts and experience himself. He was involved with many workplace romances in his day. Currently, his wife, Nikki Newman (Melody Thomas Scott) is Newman Locke’s Chief Operating Officer.

The Young and the Restless Spoilers – Lockeness Monsters Hatch A Plan

Victoria and her fellow scheming husband, Ashland, believe that Adam will eventually screw up. They plan to allow Grossman’s character enough rope, as Victoria suggested, so he does something that establishes grounds for his justifiable termination to occur.

While their plan is not outrageous, Victoria and Ashland would not make the final say on any pink slip Adam would get. Victor is still the man in this corporation. He wants his two children to push each other to succeed, not knife each other in the back.

So, Victoria believes Victor is having her watch Adam while Victor tells Adam to keep watch over Ashland. That is the classic Newman family dynamic.