The Young And The Restless Spoilers: Abby Finally Forces Chance To Therapy – Drama Addressed Or Continues? 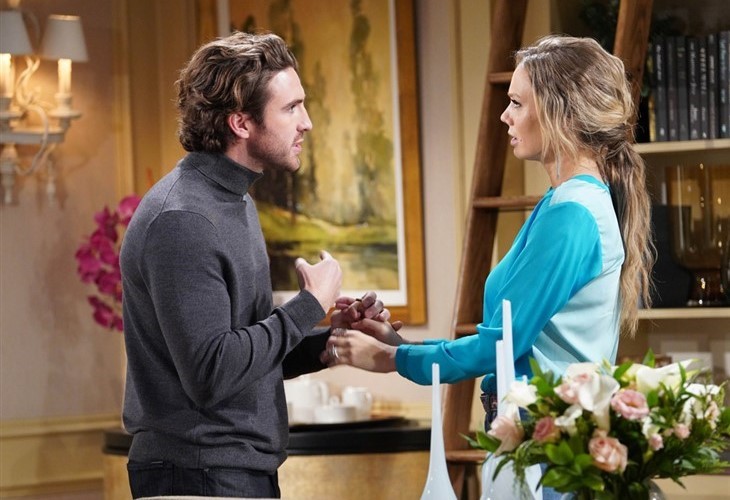 The Young and the Restless spoilers document Abby Newman Abbott Chancellor (Melissa Ordway) slowly realized that her husband was not getting better. It took a while for the depth of Chance Chancellor’s (Conner Floyd) situation to take hold. But it has, so Abby was able to take a decisive step.

Forcing Chance to seek therapy is the right move to make. He has needed help since the moment of the explosion in Spain. So, why has he not received that to date, considering all the loved ones and friends who surround him?

Rey Rosales (Jordi Vilasuso) was not talking behind Chance’s back. Abby was speaking to Rey at the mansion. She wanted and deserved more detail about the stakeout that went wrong.

The Young And The Restless Spoilers: Adam Turns The Tables – Victoria And Ashland Are Overconfident

Chance’s desire to return to work has fluctuated in recent weeks. He wanted to return, Paul Williams (Doug Davidson) said no, and then Rey agreed to let Chance join him on a routine stakeout.

Thankfully, Rey and Chance were able to talk things out. That conversation was quickly followed by a suggested heart-to-heart with Abby. She has Chance’s heart and his ear, with real progress being made.

Therapy, with a qualified professional, should allow Chance to unburden himself, learn how to heal, and then implement a plan.

It is not that Chance is far over the deep end. But Abby realizes that he has not been getting better since returning from the much-discussed mission.

It continues to feel like a hole in the plot was left unfilled. Wouldn’t Chance’s Agency supervisor have been responsible for ensuring that he had access to mental health care upon returning from such a traumatic work assignment?

A realistic storyline will have Chance embrace therapy and heal within the next handful of months. If he chooses to remain with the Genoa City Police Department, then a return to work by spring would seem realistic.

When the daytime dust settles, this couple needs a new focus. TPTB should place Chance and Abby back on their upbeat track soon, as that would balance all the drama they have endured since early last year.