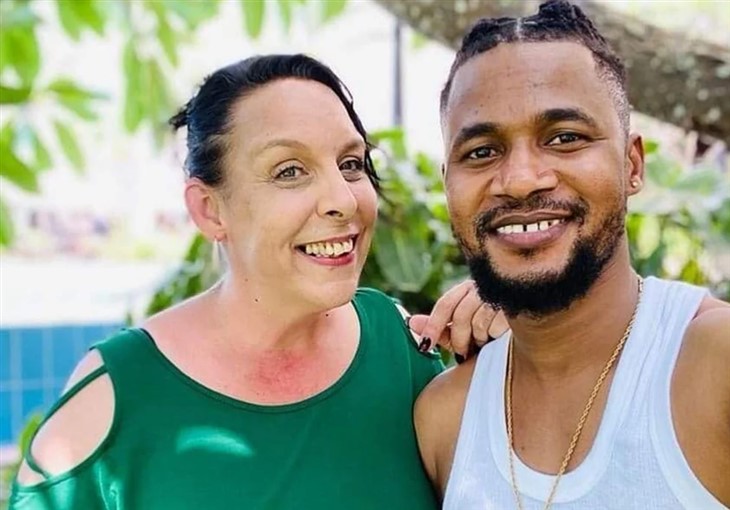 90 Day Fiance star Kimberly Menzies took a lot of heat as being a wanna-be Lisa Hamme when she appeared on Before The 90 Days with Usman Umar. Usman, AKA Sojaboy seemed to have an infatuated and super-emotional woman in Lisa. However, Kimberly seems less likely to swear and shout and act out. In that way, she’s quite different from Usman’s former wife. Factually, she basically told him to step up or shut up and put him square in his place.

When fans saw that Usman once again hooked up with an older woman from the USA, they accused the Nigerian of being after a green card. However, it seems that Kim’s wide awake. It’s not that likely that she’ll let him fleece her just to get the golden ticket out of Nigeria. Admittedly, she took flak for the hotel bedroom scene, but she did say she felt uncomfortable with it. So, fans suspect some scripting went on.

Kim demonstrated her straight talk with bloggers who share 90 Day Fiance posts on Instagram. Angry, but not ranting and raving and cussing, she told John Yates exactly where she got her rings from. Plus, she rationally pointed out that she couldn’t be in two places at the same time. While falling in love with a younger rapper from a foreign country might not seem rational, she seems to be a quick learner, anyway.

Usman seems reluctant to commit to Kim. So, that makes fans think that he just wants her for her gifts and a ticket into the American music world. But, she won’t stand for his reserved behavior. Actually, she wants some commitment. And, if she doesn’t get it soon, she’s outta there. That came in the teaser for the show on February 18.

Furthermore, Kim’s not gonna waste her time just being “friends.” All or nothing seems to shake Usman.  The 90 Day Fiance star claimed that they talk every single day and he doesn’t want to lose a friendship. Plus, he seemed flummoxed that she might actually just go home and date people there. Perhaps it hurt his ego that he’s not actually the catch of the century in Kim’s book.

90 Day Fiance fans who saw the teaser on Instagram took to the comments. One of them said, “well, that’s what you should have done in the first place. You would have saved a lot of money just by staying at home. 😂.” Well, it’s notable that people, do diss on Kim a bit, but with laughter. Is she secretly growing on her followers? It seems hard to seriously troll on Kim who comes out with straight talk and little drama.