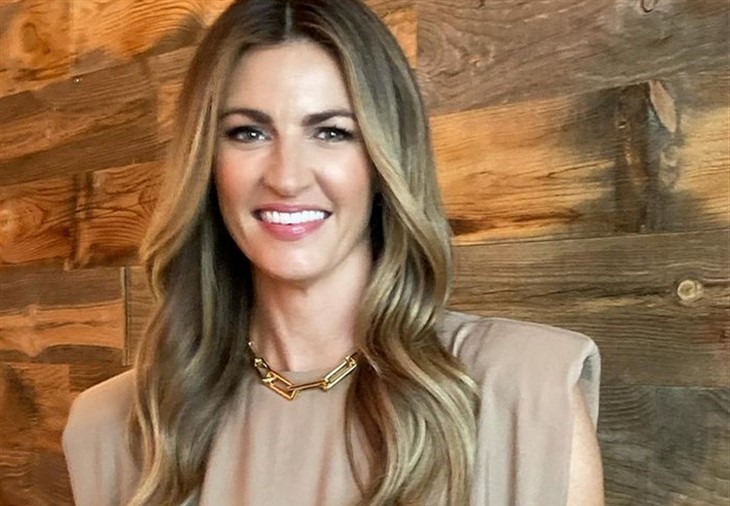 Sportscaster Erin Andrews who co-hosted “Dancing with the Stars” for five years has revealed she wants to return to her role in the ABC competition show after leaving in 2019.

The FOX Sports veteran reporter competed in “Dancing with the Stars” in 2010 alongside Maksim Chmerkovskiy and placed third among the 11 couples. She co-hosted DWTS with Tom Bergeron from 2014 to 2019 and was replaced by Tyra Banks in 2020 when she left.

Speaking with PopCulture.com, Andrews revealed she misses hosting the show and always misses the group which she called “special” comparing Tom Bergeron as the leader of the pack similar to Tom Brady as the quarterback of the show.

“That was a great time. I mean obviously, that’s something I want to do again where I try to juggle a football game during the weekend and then host a primetime game show,” she said. In the present, Andrews works as the lead sideline reporter for Fox’s NFL broadcasting crew.

Feeling the nostalgia, Andrews confessed what she really wanted: “I really, really want to get back into that role. I had such a great time.”

As a reporter, Andrews revealed that when she joined the dance show, she got a lot of “pushback” because some publications questioned her capabilities.

Speaking with Forbes, she revealed who inspired her to continue, and it was her Fox colleague Michael Strahan who opened the door.

“I think he’s really opened the door for people like me to just show, hey look, I can talk football and be really good at it but then I can go do something in the entertainment world but have a good time and be good at that as well.”

In October last year, Andrews alongside her fellow Fox Sports personality Charissa Thompson launched their “Calm Down” podcast which promises a “pull back the curtain” look into their lives.

The description states that “Calm Down With Erin Andrews and Charissa Thompson” is like a text chain with a friend put into a podcast where both TV personalities get real about their conversations about “life, gossip, sports, and pretty much every random topic that needs to be dissected.”

With the two having a lot of things in common they believed people would like to hear their stories, and as of writing the podcast has 55 episodes. Andrews highlighted their jobs don’t give them the chance to show much of their personality since they only have 15 seconds on the sidelines to give a quick report, so having a podcast solves them that.