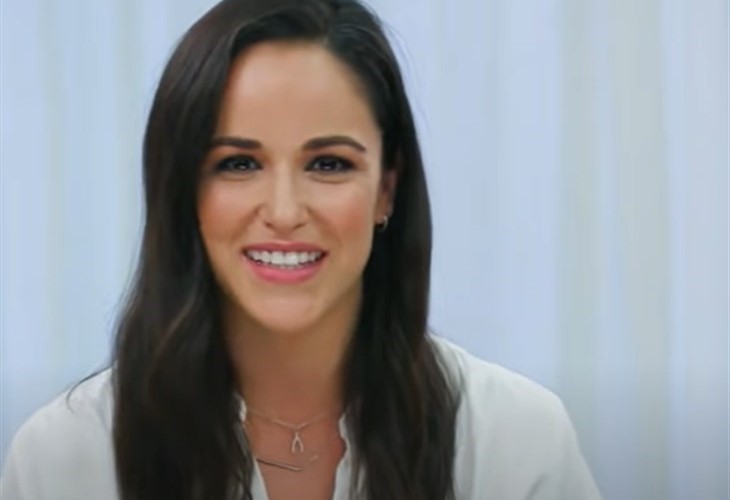 One Life To Live spoilers and updates tease that former casts of the daytime drama have landed several exciting gigs. Former co-stars, Melissa Fumero and Kristen Alderson have some projects lined up for them.

Fumero, who used to play the role of Adriana Cramer, will star in a new Nextflix comedy titled Blockbuster. The actress will take on the role of Eliza. As for Alderson, who played the role Starr Manning, she’s starring in Newsical The Musical in Las Vegas, which will begin on April 1 at Majestic Repertory Theater.

Fumero, the Brooklyn Nine-Nine alumna, is the female lead opposite Randall Park. Blockbuster will have 10 episodes and the story takes place in the last Blockbuster Video Store in America. It focuses on the what and who it takes to make a small business succeed.

Fumero’s character, Eliza, is a devoted mother who married her high school sweetheart. While her marriage is currently on the rocks, Eliza, who used to be a Harvard student, now works at Blockbuster.

The series’ creators, writers, and executive producers are Vanessa Ramos, with David Caspe and Jackie Clarke. Payman Benz will direct and serve as a co-executive producer for the pilot and three other episodes.

Aside from Brooklyn Nine-Nine, and Blockbuster, Fumero is currently shooting for an independent comedy feature titled Bar Fight. Her other acting credits include Netflix’s One Day at a Time and HBO’s Room 104.

One Life To Live Spoilers

One Life to Live debuted on the ABC television network in 1968 and ended in 2012. The daytime drama was created by Agnes Nixon. At first, each episode lasted for 30 minutes. It was then expanded to 45 minutes in July 1976, and then to one hour in January 1978.

One Life To Live follows the story of the Lord family. The series won an Emmy for Outstanding Drama Series in 2002. The show was canceled on ABC in 2011. It was the last American daytime drama that was taped in New York.

Prospect Park continued the drama as a web series until January 2012. Prospect Park relaunched the 30-minute web series on iTunes and Hulu in 2013. However, the series production was suspended due to legal problems in September 2013 until the lawsuit with ABC was resolved.