Dancing With The Stars: Pro Dancer Derek On A Roll – Lands TV Special 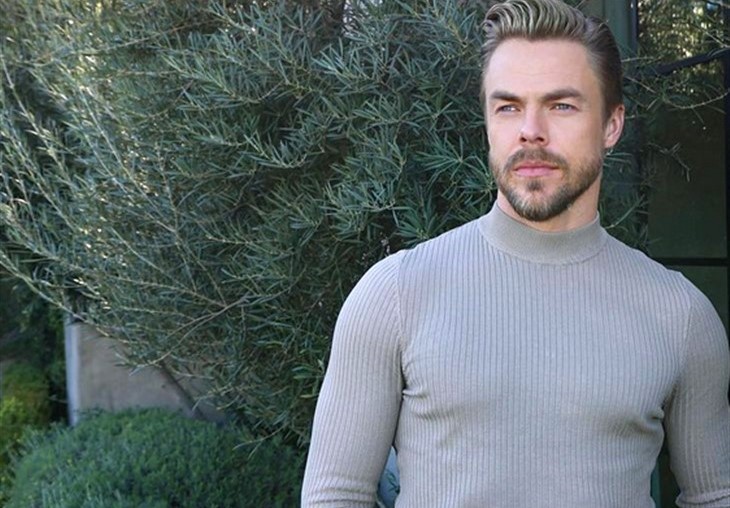 Dancing With The Stars (DWTS) show judge and pro dancer, Derek Hough doesn’t have to look far to find work to keep him busy. He and his sister Julianne managed to land a new special that premieres on ABC on Sunday, March 20. Additionally, he has other work lined up. Actually, that’s no big surprise considering his six Mirror Ball trophies.

Dancing With The Stars Spoilers – Plenty Of Work For Derek Hough

During the last season on the ABC show, the news arrived that Derek, who was a judge at the time, got his Venetian Resort residency renewed in Las Vegas. That show runs from May to September this year. Named Derek Hough: No Limit, it certainly promises a lot of energy and vibe. Well, the award-winning choreographer’s likely to deliver some exciting stuff.

Fans met siblings, Julianne and Derek on Dancing With The Stars in the past. However, sometimes he makes some controversial decisions that get the audience frothing a bit. Recall, when Amanda Kloots performed the Viennese Waltz with Alan Bersten, he gave her a 9 instead of the 10. Angrily, many in the audience felt they deserved better. Anyway, he can’t satisfy everyone all of the time, but he certainly tries.

This week, Heavy reported that the special, which runs for an hour on ABC premieres on Sunday, March 20 on ABC. Titled Step Into…The Movies with Derek and Julianne Hough,  Tied in with the Oscars, it comes with a cinematic theme. In fact, the dancers will take some of the iconic moments of dance from movies over the years and bring them back to life.

According to the press release by ABC, the Dancing With The Stars experts will bring a lot of some of the best dances and reimagine them in a modern setting. Love Saturday Night Fever or Beauty and the Beast? Well, then this show probably won’t disappoint you. Exec, Rob Mills praised them highly, saying, “Their talent is insurmountable and will entertain audiences at home through their captivating visual performances.”

Dancing With The Stars Spoilers – A Lifetime Of Dance

Dancing With The Stars fans might not know that the two youngest children in the family, Derek and Juliana started dancing very young. Mind you, they only danced competitively when they turned 11. Hiring excellent dance coaches, the two kids’ parents gave them as much creative opportunity as they could.

Dancing With The Stars (DWTS) News: Derek Hough’s Las Vegas Residency Is Back On! https://t.co/YAm4XgRUhh pic.twitter.com/wwkyExiVww

Headlining the pre-Oscars special certainly seems like a well-deserved chance to increase their resumes. The 94th Oscars themselves start airing on March 27 on ABC.