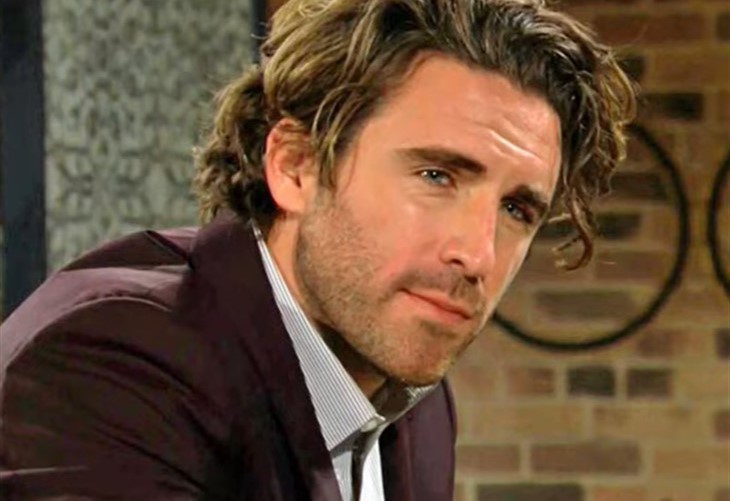 The Young and the Restless spoilers document Chance Chancellor’s (Conner Floyd) doubts about himself are challenging. The recast from Donny Boaz (Chance) to Floyd has enabled a different take on this character, with a self-doubting nature becoming prominent.

Chance’s lack of confidence in himself is believable regarding his post-Spain feelings. He endured a torturous experience, with it also being tragic. He feels responsible for the loss of his team and is only just beginning to pursue mental health treatment.

Just as Chance’s need for a therapist has been glaring to all observers, but not his wife, family members, loved ones, or friends in Genoa City, so is it off-putting that he doubts his ability to be a father.

The Young And The Restless Spoilers: Abby Finally Forces Chance To Therapy – Drama Addressed Or Continues?

A more realistic scenario could have had Chance becoming jealous of Devon Hamilton (Bryton James). He is Abby Newman Abbott Chancellor’s (Melissa Ordway) longtime friend and the donor whose generosity, along with Mariah Copeland’s (Camryn Grimes), allowed Dominic Newman Abbott Winters Chancellor (Rainn and River Ware) to be born.

Prayers were answered, as Abby reinforced in the recent past. Dom’s birth and Chance’s survival, along with his safe return home, implied better days ahead. But they have not arrived yet.

Viewers are now being asked to accept that Chance values Devon’s presence as Dom’s father and bone marrow donor while also accepting that Devon is not a threat to his marriage.

Viewers know what Abby does. She is not attracted to Devon. Plus, James’ character is in love with Amanda Sinclair (Mishael Morgan) and anticipates marrying her and having children.

But Chance is not thinking straight. So, just as he was moderately annoyed with Rey Rosales (Jordi Vilasuso) talking with Abby about the stakeout fail, it would fit that Chance over-thinks Abby and Devon’s connection.

Rather than expressing appreciation for Devon’s role in Dom’s life, Chance would seem geared to lash out. But he only exhibited that response on one occasion.

The Young and the Restless Spoilers – What Is The Endgame?

The entire Chance-Abby wedding, honeymoon, and subsequently disrupted start of their life together sequence has felt disjointed since early last year. Boaz’ departure from the cast played into Y&R’s needing to readjust. But that actor has not been seen as Chance since last February.

Is the message that Chance and Abby are not a destined pairing and that their marriage is falling apart? Will Chance not be able to reestablish his mental stability before this likable coupling falls apart?

Ordway should receive a Daytime Emmy Award nomination considering the numerous bizarre scenarios Abby has been written into. This actor has demonstrated solid range and did so when working with two separate lead actors and multiple connected characters in situations that stretched the viewer’s suspension of disbelief.

An endgame that puts Chance and Abby on track is needed. Ordway and Boaz were solid on-screen. She and Floyd possess the collaborative chops to do so as well.