The Bold And The Beautiful Spoilers: Zende Impacted By Carter’s Decision – Paris Moves On 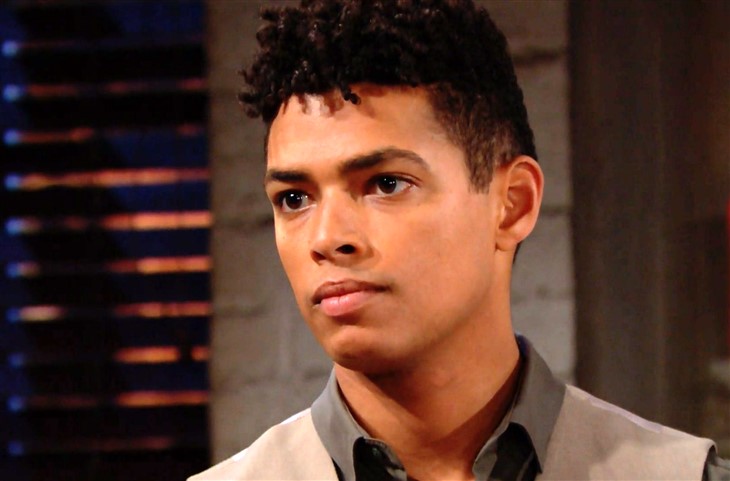 The Bold and the Beautiful spoilers document that Paris Buckingham (Diamond White) fell out of like with Zende Forrester Dominguez (Delon de Metz). And like is all it was, rather than love.

Zende remains in love with Paris. He also believes that time will allow her to realize that they should pursue serious couple’s status and that marriage is an eventual reality they will live.

However, teasers indicate that Paris will deepen her relationship with Carter Walton (Lawrence Saint-Victor). They will complete the next relationship step, making them a serious couple. Of course, Zende is bound to learn the truth and be crushed.

The Bold and the Beautiful Spoilers: Carter Risks Losing Everything to Be with Paris

The Bold And The Beautiful Spoilers – Zende Forrester Dominguez Is Too Nice?

Being a stand-up guy is good. Being too nice, meaning someone who is a push-over or a doormat, generally leads to heartbreak.

Carter and Zende were not close friends in years past or more recently when de Metz became the recast for the character he plays. Their rift began when Paris’ sister, Zoe Buckingham (Kiara Barnes), was in town.

Zende did the right thing when pushing Zoe off. He paired with Paris during that time, which was another correct choice.

The niceness that Zende has exhibited has not allowed him to find the right woman yet. And Paris could still prove to be that lady in time.

Carter is a good guy. He was wronged by Zoe, who used him as a backup plan. When she realized that Zende was not interested, Zoe turned her attention to Carter. But it was too late.

Grace Buckingham (Cassandra Creech) does not believe that Carter is the right man for either of her daughters, though she recently told him that Zoe still loves him. That surprised Carter and the viewers, possibly also implying the character could be written back to California in the future.

Paris does not seem to be a distraction or a replacement for Quinn Fuller (Rena Sofer), who was a negative influence in Carter’s life as well. Saint-Victor’s character is interested in a single woman, Paris. So, if she does not love Zende and is interested in Carter, who can say that either person is pursuing the wrong path?

Paris did not want to marry Zende. However, that does not mean she will not marry Carter. Her developing feelings are reflective of a maturing person whose young life is ahead of her.

The Bold and the Beautiful Spoilers: Carter Risks Losing Everything to Be with Paris https://t.co/sgetHf7wSu pic.twitter.com/tdwjsVoXKK

Carter’s history of erratic relationships does not mean that all will work out with Paris or fail. She has touched his heart and with that might become his soul mate.

But being that this is B&B, Paris could reverse course and turn back to Zende. Of course, that assumes he would agree to couple and has not moved on to another lady.